After experiencing toxicity within the corporate world as a CPA for almost 20 years, Katherine Halpin felt like there must be an answer to alleviate the dysfunction.

“I thought, ‘this is ridiculous.  Somebody has got to address the people issue in the work place,’” she said, and decided to change her career path.

Halpin, who is a Vicksburg native, became an executive coach, eventually becoming the CEO and founding principal of The Halpin Companies.

In celebration of the company’s 20th anniversary, she has released her first book, “Alignment for Success: Bringing Out the Best in Yourself, Your Teams, and Your Company.”

A booksigning is scheduled for 5 p.m. Tuesday at Lorelei Books.

The book is based on information Halpin said she has gathered throughout the years as a coach/facilitator.

“By 2002, I had gotten to the CEO level of some fairly large organizations, hospitals, insurance companies, and so I just took all my brains from when I worked with my clients, and I put together what I call a body of knowledge or a tool box,” she said.

“Alignment for Success” is designed to help bring out the best in everybody starting with self, Halpin said.

Once this is achieved, it becomes easier to bring out the best in others which will ultimately cascade through a whole company, she said.

Halpin credits her ability to pin-point unhealthy work environments in part to her childhood.

As a child she said she was frustrated growing up in a home that lacked order.

“Neither of my parents were good at any kind of process. Everything was at the last minute. We were always late for church and for school,” Halpin said.

However, things began to change when Halpin was five and found what she calls “her voice.”

“I put my hands on my hips, and I said ‘someone has to make a few decisions around here,’” she said. 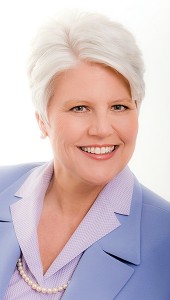 By speaking up, things improved.

“We started getting to church on time, not always school, but it was better,” she said.

Halpin said helping clients find their voice is one of the objectives of her company.

“I try to help them articulate what kinds of results they are looking for and to learn how to communicate better,” she said.

While beneficial for businesses, Haplin says her book is geared not only for those who are employers or employees, but also for anyone that has to deal with people.

“When you learn to invest in yourself first, you just naturally start to bring out the best in other people,” she said.

Halpin has lived in Phoenix for the past 23 years, and the January, 2015, issue of the Phoenix Business Journal stated The Halpin Companies generate nearly $1 million in revenue.

A Tallulah, La., man accused of killing another man in the crowded parking lot of a Vicksburg night club will... read more