HEADING FOR DESTRUCTION: Kuhn Hospital building to be demolished 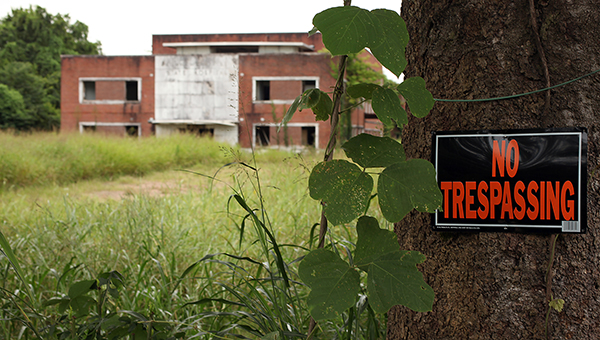 HEADING FOR WRECKING BALL: Kuhn Memorial Hospital will be recommended for demolition by the City of Vicksburg’s Community Development Director, Victor Gray-Lewis, at the next board meeting Aug. 3.

The front building on the Kuhn Memorial Hospital property is headed for the wrecking ball.

Community Development Director Victor Grey-Lewis said Friday he was preparing an order to raze the building and present it to the Board of Mayor and Aldermen Aug. 3.

Grey-Lewis’ actions come after no one with an interest in the Kuhn property appeared at a 2 p.m. Friday meeting to discuss the building and present a plan for its renovation or demolition. The meeting is required under the city’s slum clearance ordinance, which allows the city to go in and take over dangerous properties and raze or renovate them.

“I will be sending a letter to all the parties with an interest in the property that I am going to prepare an order for the board to demolish the building, and present the order at the board’s first meeting in August,” he said. “The declaration matches our timetable, because we wanted to do something with it before Aug. 26 so it does not wind up for sale at the (county) tax sale.”

The board on July 6 put the building under the slum clearance ordinance in a move to step up its efforts to remove the building in the aftermath of the abduction and murder of Sharen Wilson, whose body was found on the 12.8-acre Kuhn property, 1422 Martin Luther King Jr. Boulevard, June 28.

Previous attempts to take the building down were prevented because it has asbestos, and state Department of Environmental Quality regulations require the city to have an asbestos assessment of the building before it can begin steps to raze it.

Grey-Lewis said at the July 6 meeting the building’s condition would allow the city to condemn it as a menace and threat to the health and safety of city residents and advertise for bids to take it down.

“There are two buildings on the site, a front building and a back building,” he said. “The roof on the front building is starting to collapse and with that, it gives us an opportunity in working with DEQ and (the Mississippi Department) of Archives and History to initiate legal to take that building down.”

The city regained the property in 1990 under an agreement with the state to turn it over to a private corporation.

In 1999, the building was sold to the Lassiter-Studdard Group Inc., which planned to open a 100-bed clinic and assisted living center.

The plans fell through, and in 2000, the company donated the building to the Esther Stewart Buford Foundation.