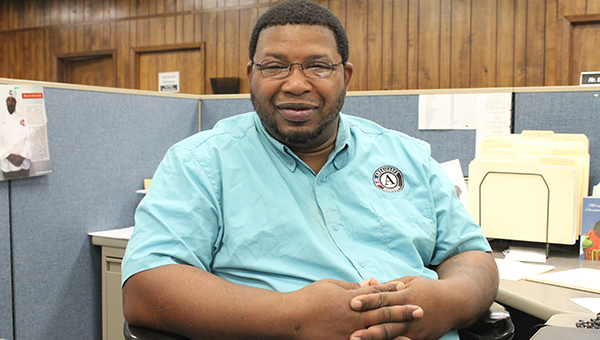 He’s a veteran dedicated to assisting other veterans

Veterans aren’t always aware of how to utilize certain opportunities afforded to them for their brave service, but some are working to change that.

Being a veteran and serving veterans is how Usthana Hargrove helps provide for the community.

Hargrove is a program coordinator with AmeriCorps in the veterans serving our military community program. His job is to assist veterans and their families in finding services that provide for them in areas like work, food or healthcare.

“We inform, we educate, we assist. We are basically liaisons between veterans and service organizations,” Hargrove said.

The job is held by a veteran, comes with a two year maximum and is measured in service years from September to August. He said that is because they want to create opportunities for other veterans.

Mississippi is the only state to have a program like this for veterans, but they are able to help veterans around the world.

“There is no set job description,” Hargrove said. “Our limitation is pretty much our imagination.”

Even when veterans ask him about certain initiatives he isn’t familiar with, Hargrove will do research and learn everything he can about that initiative and put it to work for the veteran if he can. Once he was able to help an incarcerated veteran receive clemency.

“It’s incredible to be able to give back to the community,” Hargrove said.

Hargrove’s two years will be up in August and he will turn the reigns over to Cedrick Swartz. At that time Hargrove will then take the program to Houston, and he plans to spread the program across the entire state of Texas.

“What I love about this job is that when we do it right, we see an immediate impact on someone’s life,” Hargrove said.

“I didn’t finish my 20 [years] because my knees gave out,” Hargrove said.

After his military career, Hargrove became a professional chef.

“That is my passion,” Hargrove said.

He worked as a chef in Houston before taking a job in California. While in between the jobs he was visiting family in his native Vicksburg when he learned that the California job wasn’t going to pan out. He chose to stay here but never found a job as a chef. It was then that he became involved with AmeriCorps as well as the American Legion Post 3.

Hargrove serves as Post Adjutant for Post 3 meaning he handles the administrative paperwork and acts as the liaison between the members and the commander of the post.

Post 3, which he said is the third oldest post in the state, is doing a year of service through the Post 3 Community Challenge where they host a plate lunch fundraiser that he prepares once a month, and all the proceeds go to a chosen organization. January’s organization was the Warren County Children’s Shelter, in February they will support Haven House and March’s charity will be announced Saturday.

“Our motto is, ‘Do something because it’s the right thing to do, not because someone just tells you to do it,’” Hargrove said. “We challenge other in the community to do something as well to help others.”

This month’s fundraiser, held at noon Saturday at 1712 Monroe St., will feature pulled pork plates cooked by Hargrove. Contact the American Legion Post 3 at 601-636-1114 for more information on the challenge fundraiser.

Seven people from four talent divisions will compete for a $1,000 grand prize when the finals of the Southern Cultural... read more