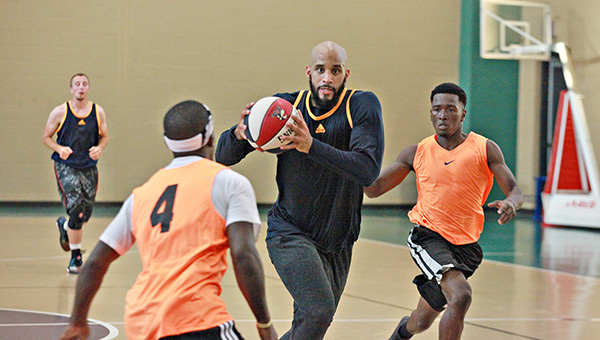 Past athletes and coaches of the Vicksburg Warren School District should be honored.

However, it requires a little help from the community.

VWSD athletic director Preston Nailor devised an idea of a district-wide hall of fame, with its inaugural eight-member class to be revealed at the Vicksburg, Warren Central football game Sept. 2. He said it’s an initiative to show appreciation to those who’ve paved the way for current student athletes.

A committee of past and present, teachers and officials of Vicksburg and Warren Central – including Vicksburg coaches Dellie C. Robinson and Michelle Fisackerly, Warren Central football coach Rob Morgan and Curtis Brewer – has been assembled to decide the inaugural class.

Athletes and coaches that competed in 1970 through the year 2000 will comprise the first class.

Nominations are available at the athletic office.

“The deadline to turn in nominations is Aug. 1. We’ll make the announcement the last week in August,” Nailor said. “Hopefully we could have a dinner for those individuals that were selected Sept. 1 and present them to the public Sept. 2.”

Superintendent Chad Shealy quickly jumped on board when the idea was presented.

Shealy said a hall of fame was long overdue and applauds Nailor’s innovation.

“As we continue to move forward we’re giving recognition where it’s due. We’re excited to bring this change to the district,” Shealy said. “Warren Central has always had a strong athletic program and so has Vicksburg. Knowing some of the athletes that have come from our district it’s going to be interesting.”

Shealy said he’s anxious to see who’s chosen as the district has had incredible athletes begin their career as a Viking or a Gator.

Before serving as the districts athletic director, Nailor played and coached at Vicksburg and has seen his share of talented players.

Michael Myers and classmate Katrina Frierson as a member of the Vicksburg’s respective football and basketball teams; Warren Central football’s eldest Rob Morgan, Tony Smith, – who had a stint with the Atlanta Falcons – and Mark Anderson; and Southern Miss coach Jay Hopson are a few of the talented coaches and players that come to Nailor’s mind when quickly reflecting on the district’s talent pool.

“I know the individuals in my age group or older but they’re a bunch. That’s why we need people to come and get these nomination forms because there are a lot of talent we don’t know a lot about.”

And the talent level continues to grow.

Now, a Gator and a Viking represent the NFL’s AFC and NFC conferences.

Mychal Ammons, another former Vicksburg basketball star, has continued to follow his dream of professional basketball and recently played with the Tijuana Zonkeys of the Mexican CIBACOPA league.

“Per capita in Mississippi I think we produce a great amount of talent. When you take our population and look at the amount of people that have played professional, Division I or Division II, it says a lot about the talent in Vicksburg,” Nailor said.

The staff at the Vicksburg-Warren Humane Society sees this situation often. In Bubba’s case, his elderly owner was diagnosed with... read more