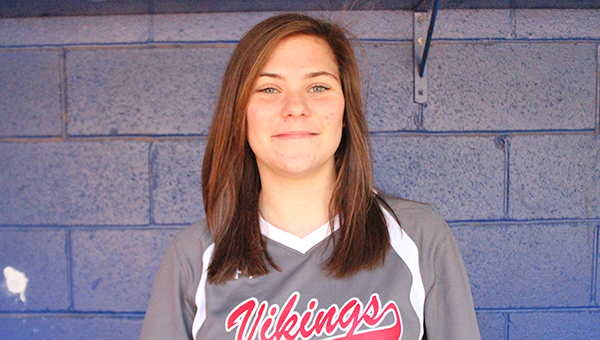 Warren Central went 0-for-2 Saturday at the Lawrence County tournament.

The Lady Vikes were shut out until the bottom of the sixth in their first game of the day, and lost 7-2 to Loyd Star. In their second game, they let a lead slip away in the last inning of a time limit-shortened game and fell 5-3 to Brookhaven.

The two losses send the Lady Vikes into spring break — roughly the halfway point of the season — on a four-game losing streak and with a 4-5 record overall.

Morgan Stewart went 2-for-3 with a two-run single in the loss to Loyd Star, but the Lady Vikes struggled to hit until their final at-bat. Three of their five hits, including Stewart’s, came in the bottom of the sixth. The tournament time limit ended the game at the end of the inning.

Brookhaven rallied for three runs in the bottom of the fourth inning, taking the lead on an RBI groundout by Tia Bussey, and then wound up on the right side of the time limit to take the victory.

Warren Central let a pair of leads slip away. Stewart delivered a two-run single in the top of the third inning to put them up 2-0, but Brookhaven tied it in the bottom half. In the fourth, April Lynn led off with a triple and then scored on a passed ball to make it 3-2 but Brookhaven rallied again to win it.

Stewart went 1-for-2 with two RBIs against Brookhaven, and Kaitlyn Mitchell had two hits including a double. Bussey drove in two runs and scored two for Brookhaven.

Warren Central will have the week off for spring break, and returns to action next Saturday at the Brookhaven tournament. It will then play two division games at home the following week, March 21 against Murrah and March 23 against Greenville.