Ole Miss advances in the NIT 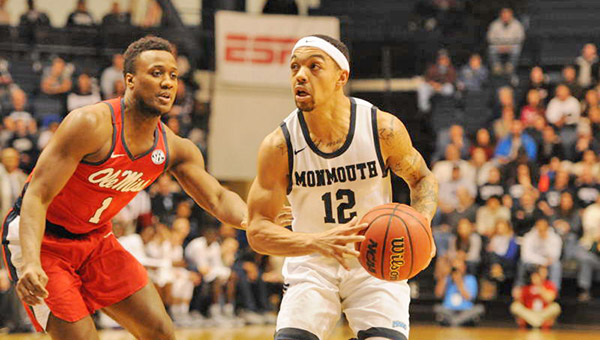 WEST LONG BRANCH, N.J. (AP) — Nothing seemed to come easy for Ole Miss this season. It’s a trend that has continued into the postseason.

Sebastian Saiz had his school-record 21st double-double of the season, Deandre Burnett scored 15 of his 17 points in the second half, and Ole Miss beat Monmouth 91-83 on Tuesday night in the first round of the NIT.

The Rebels surged ahead in the last few minutes after trailing by three at halftime and being in a close game all night. Ole Miss had an 11-point lead with 19 seconds left that was the biggest for either team at any point in the game.

Cullen Neal, Breein Tyree and Terence Davis scored 11 points apiece for Ole Miss (21-13), the fifth seed in its bracket. The Rebels will face top-seeded Syracuse or No. 8 seed UNC Greensboro in the second round.
Syracuse and UNC Greensboro play Wednesday night. That game was originally scheduled for Tuesday, but was pushed back a day because of a snowstorm that pummeled the Northeast.

Justin Robinson hit a 3 to end Monmouth’s drought and trim its deficit to 76-73, but Davis made a layup and then hit a 3 and it was at least a two-possession game the rest of the way.

Robinson had 23 points, including seven of the Hawks’ season-high 16 3-pointers, and seven assists. He is Monmouth’s Division I leader with 2,003 career points, which is second in school history.
Hornbeak hit six 3-pointers and finished with 18 points. Austin Tilghman scored 10 points.

The Hawks lost their last two games in a row after winning 17 straight. They won the Metro Atlantic Athletic Conference regular-season championship, then lost in the league tournament and to Ole Miss to finish the season.

Monmouth lost at home for just the fourth time in the past two seasons. Overall, it has won 55 games and two regular-season conference championsips in that same span.