County cases are spiking, Flaggs to move up restrictions 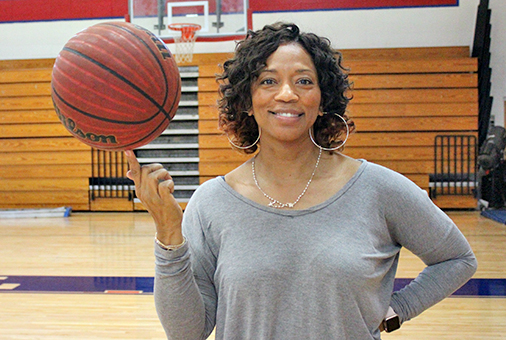 Warren Central’s Jackie Martin-Glass is the 2017 Vicksburg Post basketball Coach of the Year. It’s the third consecutive season she has won the award, and the fourth time overall. (Ernest Bowker/The Vicksburg Post)

After each game this season, Jackie Martin-Glass would gather the Warren Central Lady Vikes in the locker room for a quick breakdown of their performance. The critique included some praise, but more often than not a lot of criticism and nitpicking.

Only making 80 percent of their free throws for the night meant there were easy points they left on the table. Easing up for a few minutes in the third quarter let an opponent make a run. No place for that.

That was standard for a 20-point win. The critiques after the losses were even harsher. The odd thing was that they were welcome by her players. Martin-Glass was on a quest for perfection, and papering over deficiencies was not the way to get there.

“That is a great thing. You never want to be complacent or stagnant. She always kept pushing us,” junior center Amber Gaston said. “You should be excited to hear your flaws so you can get better at them.”

Martin-Glass’ approach has definitely improved the Lady Vikes. They finished 23-9 this season and won a state tournament game for the first time since 2007. They had a winning record and improved on the previous year’s win total for the third season in a row.

Also for the third season in a row, Martin-Glass is The Vicksburg Post’s basketball Coach of the Year. She’s only the third coach, along with her predecessor Donny Fuller and Vicksburg’s Dellie C. Robinson, to win it three or more consecutive times.

Martin-Glass also won the award in 2010, making this her fourth time to receive it.

“It’s always good to be recognized for your accomplishments. It never gets old,” she said, adding with a laugh, “The first year I don’t get it, it’ll be like, ‘What happened?’”

With the team she has now, Martin-Glass might have at least one more year as a Coach of the Year favorite. Only two seniors — starting guard Kiara Lockhart and little-used backup Tanise McCoy — are graduating. The backbone of the team is a seven-member junior class with nearly interchangeable parts.

Eight players averaged three or more points per game this season. Three averaged at least four rebounds. At one time or another, nine players started a game.

Juggling so many egos and talented players vying for playing time was a challenge, but Martin-Glass said it was made easy by getting all of them to understand that their time in the spotlight would come.

“It’s easy to deal with if you can get everybody to understand there’s eight starters and I can only play five,” Martin-Glass said. “On any given night it could be any one of them that carries us and they need to be ready.”

More often than not, the amoeba-like approach worked and the Lady Vikes overwhelmed their opponents. The 23 victories were the most for the program since the 2008-09 team won 24 games. Warren Central held opponents to just 36 points per game and held its own against some of the state’s best teams.

The Lady Vikes beat Class 6A semifinalist Murrah twice, and eight of their 23 wins came against teams that reached the 6A tournament. They pushed eventual Class 6A champion Olive Branch in the second half of their second-round playoff game before running out of gas and losing 75-59.

The high point of the season came just after Christmas, when the Lady Vikes won four games in two days to claim the Jackson Public Schools Tournament championship.

Later on, they reached the Division 4-6A tournament championship game for the first time since 2012, but lost 39-36 to Murrah. That loss eventually sent them on the path to Olive Branch and an earlier exit than they’d have liked.

The way the tournament draw shook out was just one more thing to critique and correct for next season, and the process has already begun. Earlier this week, she had some of her players in the gym running drills during Warren Central’s athletic period. Next week will be tryouts. After that is the long wait to start all over again, with plenty of hard work to prepare in between.

“It was a good year,” Martin-Glass said. “Every year since this group has come up we’ve gotten better. I’ve seen growth and improvement. I see some areas we’re going to have to improve on.”