PCA loses for fifth time in its last seven games 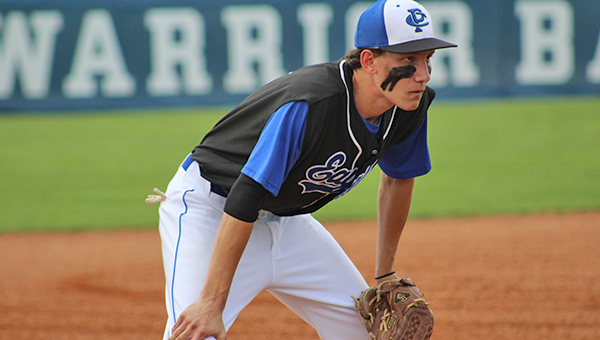 CLINTON — There’s never a good time for a losing streak, but Porters Chapel Academy’s baseball team might have picked one of the worst times.

Taylor Guthrie hit a tiebreaking two-run home run in the fifth inning, Jett Plummer went 4-for-4 with an RBI and a run scored, and Clinton Christian beat PCA 7-2 on Tuesday.

It’s the fifth loss in seven games for PCA (8-11, 0-3 District 5-AA). The skid has included the first three games of a 10-game district schedule, which means the Eagles will likely have to win the last seven of those to make the playoffs. PCA and Clinton Christian (5-6, 1-2) play again Friday at 6 p.m. in Vicksburg.

“You start losing one game a series and you’re out of it. No other way around it,” PCA coach Wade Patrick said. “The first thing we’ve got to do is just win one and go from there. We can’t worry about a series. We’ve got to worry about winning games.”

The Eagles had seemingly snapped out of their funk with a 15-0 rout of Rebul Academy on Monday, but returned to the midseason doldrums less than 24 hours later.

PCA only had five hits in the game. When it did put runners on, it mostly left them there. Four runners were stranded in scoring position. Both of its runs came in the fourth inning, on a sacrifice fly by Cole Pittman and an RBI double by Brandon Thompson that tied the game at 2.

Guthrie pitched a complete game for Clinton Christian. He only walked one batter, hit one other, and struck out three. He retired the last six batters he faced, and nine of the last 11.

“We hit some balls hard and found some gloves. We just didn’t push enough runs across. (PCA pitcher Bailey McMillian) pitched well enough to win,” Patrick said. “It wasn’t anything we haven’t seen. (Guthrie) just threw strikes, we hit some at ‘em balls and came out on the losing end.”

McMillian pitched 5 1/3 innings for PCA and gave up 14 hits. He avoided enough trouble, however, to keep the Eagles in the game until the last couple of innings.

With the game tied at 2, Plummer led off the bottom of the fifth inning with a base hit. Guthrie followed with a high fly ball down the right field line that stayed just fair for a two-run home run and a 4-2 lead for the Warriors.

Clinton Christian battered a tiring McMillian for four more hits and three runs in the sixth inning to blow the game open. Plummer had an RBI single, and Guthrie doubled in a run and scored another on a single by J.D. Morton to make it 7-2.

Guthrie finished 2-for-3 with the homer, double and three RBIs. Zach Baumann singled twice and scored twice, and Landon Overstreet was 2-for-4 with an RBI double.

In the end, however, it was PCA’s lack of hitting as much as Clinton Christian’s steady hitting that decided the game — and might have dropped the Eagles into a hole too deep to climb out of.

“Unfortunately, we don’t have 162 games where you can afford to lose five out of six and it’s not a big deal. We only have a 26-game season, and really a 10-game season,” Patrick said. “You’re wanting to play better. I was more pleased with our all-around play. But it was the sticks today.”