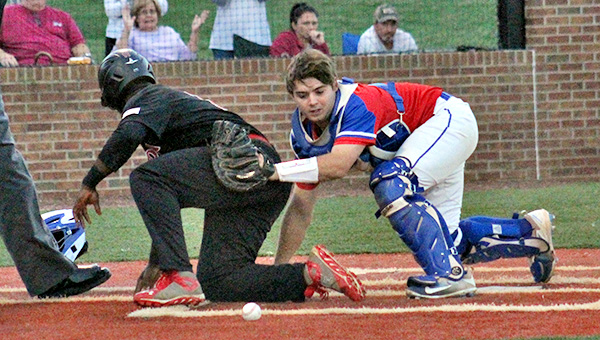 CLINTON — Warren Central’s two-year reign as Division 4-6A champions, it appears, is over.

The teams will play again on April 11, but Clinton (12-5, 6-0 Division 4-6A) has already beaten Warren Central (9-9, 4-2) twice to clinch their season series. Barring two monumental upsets by Greenville and Murrah, it’ll be the Arrows who take the division title and the first-round bye in the Class 6A playoffs that comes with it.

Warren Central had no one to blame but itself for Friday’s loss. Pitchers Farmer Abendroth and Christian Oakes held Clinton to six hits, but they also walked six batters and didn’t get a lot of help from their fielders.

Clinton scored two unearned runs in the bottom of the first inning. A pickoff throw by catcher Tyler McRight sailed into center field, allowing Moncure to score from second and setting up an RBI single by Dawson Walters.

Another bad pickoff throw to third base brought in another Clinton run in the third inning, and an error and a walk set up a two-run double by Moncure in the sixth that gave the Arrows a 6-3 lead.

McRight delivered an RBI double in the top of the seventh to pull the Vikings within two runs with only one out. Clinton pitcher Walker Burchfield got a strikeout and a ground out to end the game.

McRight finished 2-for-4 with a double and an RBI. Vantrel Reed had two hits, including a double, and two RBIs for the Vikings, who will host Germantown Saturday at 1 p.m.

Brayden Ray drove in the game’s only runs with a single in the third inning, and Porters Chapel Academy (9-11, 1-3 District 5-AA) beat Clinton Christian (5-7, 1-3). Cole Pittman allowed five hits and struck out five in a complete-game shutout for PCA, which won for the third time in eight games.

Middleton allowed 13 hits, but did not walk a batter in seven innings. He struck out four and only needed 86 pitches to finish his complete game.

OXFORD — The game-winning rally came a little earlier this time, but was no less satisfying for Mississippi State. Cody... read more