Pirates bring Gators back down to earth 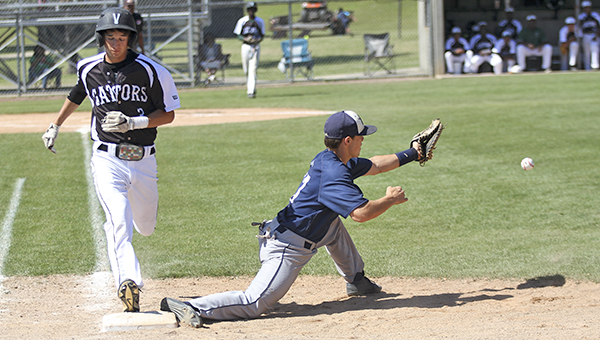 The Vicksburg Gators got more of a thud than a bounce in the wake of their biggest win of the season.
Less than 24 hours after beating division rival Ridgeland for the first time in five years, the Gators only managed to get one hit and lost 12-1 to Pearl Saturday at Bazinsky Field.

Ryan Ard held Vicksburg (6-13) to one hit and struck out six batters in four innings. Ard did not walk a batter and only needed 48 pitches to breeze through his stint. He retired the first 11 batters he faced before Chris Farrish’s single broke up the perfect game with two outs in the fourth inning.

Gunner Dennis and Cannon Harvey pitched one inning each of scoreless relief.

The Gators had given Division 4-5A frontrunner Neshoba Central all it could handle on Tuesday and beat Ridgeland on Friday night, but struggled almost from the outset against Pearl.

VHS starter Chandler Luke retired the Pirates in order in the first inning, then gave up two runs in the second inning and four more in the third. Brayden Stenasas singled and eventually scored on a ground out for Pearl’s first run, and McCrory’s home run over the left field fence made it 2-0.

Thomas singled in two runs to key the third-inning rally, and McCrory drove in another run with a single.
Pearl got a single run in the fifth inning on an RBI single by Colby Harrell and then put it away with seven in the sixth.

All nine of Pearl’s starters had at least one hit and six of them scored a run.

Vicksburg will look to get back on the winning track Tuesday when it hosts hapless Lanier in a division game at Bazinsky Field. After that it will host crosstown rival Warren Central Thursday at 7 p.m.