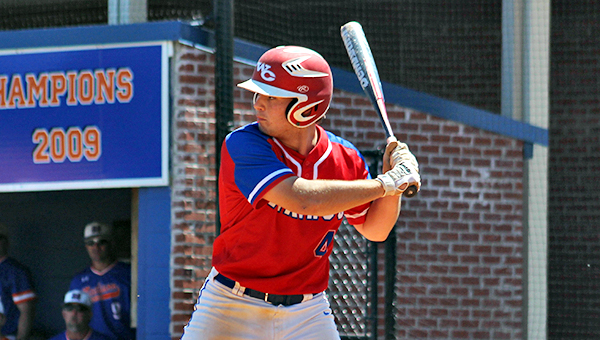 Among the many clipboards and charts in Warren Central’s dugout is one that tracks quality at-bats. Batters receive a score of 1 through 9 depending on what they do. Getting a hit or making an out are at the high and low ends of the scale, but they are also graded on whether they make productive outs by moving runners up.

Lately, Tyler McRight is doing his best to break the scale.

In the past six games, the senior catcher has reached base or driven in a run in 17 out of 21 plate appearances. He has 10 hits and six RBIs, and either he or his courtesy runner has scored nine runs.

McRight’s performance was a driving force behind a five-game winning streak the Vikings put together last week. The streak was snapped with a 5-3 loss to Madison Central on Saturday, but McRight still went 2-for-3 in that game.

McRight had a personal streak of his own snapped in his second at-bat against Madison Central. He had reached base or had an RBI in 10 consecutive plate appearances before striking out while leading off the fifth inning. The streak included three RBI singles, a couple of walks, an error and two sacrifice flies the night before in a 16-5 division win over Greenville.

After his strikeout against Madison, McRight singled in his final at-bat of the game.

McRight is leading the Vikings with a .368 batting average, but the sheer variety of ways he’s found to be productive lately has gone well beyond hits and outs.

“(Against Greenville) I only got one hit but I had two or three RBIs. So it’s nothing to be mad about. It’s playing for the team and not playing for yourself in that situation,” McRight said. “I would rather have three RBIs than go 4-for-4. Going 4-for-4 with no RBIs doesn’t do anything but help your batting average. Whatever helps the team win.”

The team-first attitude and the idea that outs can be productive is something WC coach Conner Douglas said he stresses — and something McRight has bought into.

“We preach it all the time. I’m not worried about the batting averages. It’s about whether the team, when batting, is productive or not. That’s what Tyler has been doing. He’s bought in to moving runners and doing what he needs to be doing at that point,” Douglas said.

Warren Central (14-10) will host Clinton Tuesday at 7 p.m. as it starts the push toward the playoffs. The Vikings finish the regular season with games against Vicksburg High and Madison-Ridgeland Academy Thursday and Friday, respectively. The game against VHS is at Bazinsky Field. The Class 6A playoffs start next week.

All streaks, good and bad, eventually come to an end. The Vikings are hoping McRight’s keeps going for at least a little longer.

“That’s what we need out of him. He’s a senior that’s been in the heat of things for three years now, and I’m glad to get him moving offensively. It helps when you get that senior from a leadership standpoint to swing the bat well. I’m happy for him. He’s playing really well right now,” Douglas said. “That’s a great run. He’s hot right now. We need him to stay in there for the playoffs.”