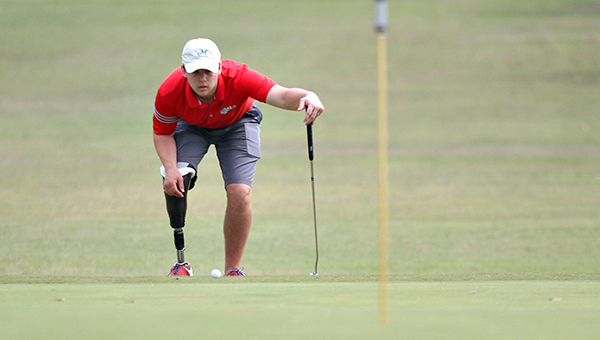 Warren Central’s golfers had long been reduced to the role of spectators by the time the team and medalist winners were decided at its tournament Tuesday at Clear Creek Golf Course. Even so, it was a pretty good day for the Vikings.

Chance Bishop shot a 78 — his second consecutive tournament to shoot under 80 — and the Vikings totaled 336 as a team to finish in fifth place in the seven-team tournament.

“Overall we played fairly well. For one, we shot below 340 again which is always good to see as we prepare for the district tournament and a chance to qualify for our first state tournament appearance in three years,” Warren Central coach Matt Williams said. “I think we are real close on finding the group that will post the best score for us when we go to Castlewoods and qualify for State. Our goal is to get in the 320’s before district and we have three tournaments left. If we eliminate the mistakes I know we can do it.”

A total of 49 players from seven teams participated in the boys-only Viking Invitational.

Germantown’s Cole Baggett took the medalist honors by beating teammate Parker Rogers in a sudden death playoff. Both players finished their rounds at 2-under par 70, and then Baggett drained a 40-foot putt for eagle on the par-5 ninth hole to win the playoff.

“On the last hole, (Rogers) was putting for par and I had a 40-footer for eagle. I was just trying to get it close and it went in,” Baggett said.

Baggett got into the playoff with the help of a hole-in-one on the 171-yard par-3 14th hole.

“I made good contact,” Baggett said of his ace. “It was the best ball I hit all day. It was right at it, landed where I wanted, and it went in. It really changed the momentum of my round.”

On the local front, Bishop turned in his second consecutive round under 80 to lead the Vikings. The junior was the only upperclassman among the five WC players in the lineup Tuesday. Williams also started three sophomores and a seventh-grader.

“I hit a lot of good shots early in the round, but couldn’t find the bottom of the cup. Finally I made the turn and started making putts. There was a lot of good golf in our group which helped me stay focused and post a good number,” Bishop said.