Flashes win to stay on track for playoffs 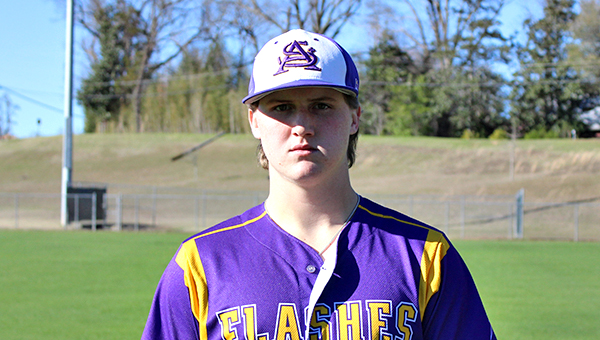 St. Aloysius’ Jake Pierce hit a two-run home run, his third of the season, in a 3-2 win over Park Place Christian on Tuesday.

PEARL — St. Aloysius’ path to the MAIS Class AAA playoffs seems convoluted, but has one part that’s really easy to figure out — the Flashes need to win the rest of their games.

They did their part Tuesday night.

Jake Pierce hit a two-run home run and Josh Collins drove in what turned out to be the winning run with a sacrifice fly in the fourth inning as the Flashes beat Park Place Christian 3-2.

Landon Middleton pitched 5 1/3 solid innings for the Flashes, and Garrett Breithaupt worked the last 1 2/3 to earn a save.

“I’m proud of the seniors for stepping up when it counts. Middleton and Breithaupt on the mound, and a big knock by Pierce,” St. Al coach Sid Naron said. “We gave several at-bats away in this one and missed on some opportunities to put the game away, but to win amongst that is always good. We will be ready to play Thursday at home.”

St. Al’s playoff hopes hinge on their doubleheader Thursday at Bazinsky Field with Park Place. The Flashes (16-7, 6-7 District 3-AAA) need to win both games and get a number of favorable results to fall their way, although the other pieces of their playoff scenario are very plausible.

Manchester beat Hartfield 2-0 on Monday in the first of their three-game series this week. The playoffs begin next week.