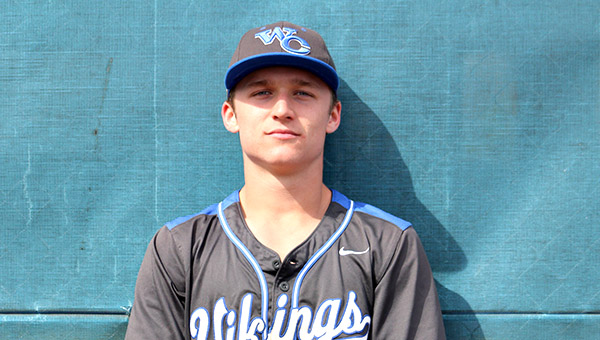 Landon Stewart went 3-for-4 with a double, two triples, two RBIs and three runs scored as Warren Central beat Callaway 19-0 on Friday to sweep their first-round Class 6A playoff series.

Warren Central ravaged a depleted Callaway pitching staff for 15 hits — including four triples — and three pitchers combined on a five-inning no-hitter as they crushed the Chargers 19-0 Friday to finish a two-game sweep in the first round of the Class 6A baseball playoffs at Smith-Wills Stadium in Jackson.

WC (17-13) is on to the second round of the playoffs for the third season in a row, and will face Tupelo in a best-of-three series starting next Friday.

WC scored three runs in the top of the first, and then added five runs in the second inning, three more in the third, and finally an eight-spot in the fifth inning to finish the game early via the run rule.

Caleb Sterling pitched the first leg of the combined no-hitter. He struck out two and walked one in two innings before giving way to Farmer Abendroth, who worked the next two innings. Reed finished up with a single scoreless inning.

UP NEXT:
Warren Central vs. Tupelo
Class 6A playoffs, second round, all times TBA
Game 1 – Friday, April 28, at Tupelo
Game 2 – Saturday, April 29, at Warren Central
Game 3 – Monday, May 1, at Tupelo (if necessary)