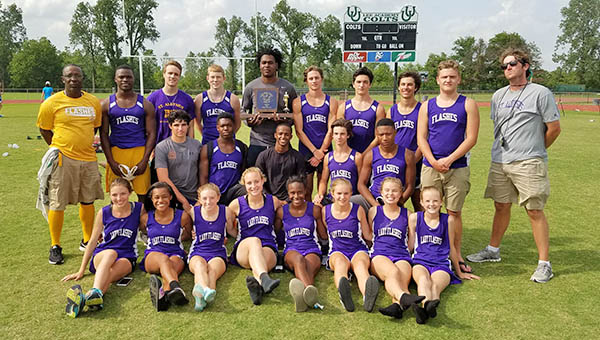 St. Aloysius’ boys’ track team already had two victories in the bag when it returned to Clarksdale for the final day of the MAIS Class AAA North State meet on Saturday.

It added a lot more to the total.

St. Al totaled 84 points to blow away runner-up Hartfield Academy, which scored only 31.

More importantly, the Flashes got athletes through to the Class AAA state meet in 17 events. It’s a total that should give them enough to contend for a team championship when the state meet begins Friday at Jackson Academy.

“I think we’ve got a better chance than we had last year,” St. Al coach Michael Fields said. “We just need a little help down south. The teams down there aren’t as strong overall, so there’s a couple that send a lot of people to state. We chew each other up pretty good up here in the north.”

The field events were held Wednesday, and the Flashes won two events there. McGowan won the long jump, and Jaylen Whitaker won the shot put.

PHILADELPHIA (AP) — The final day of the NFL draft began with an impromptu rendition of “Fly Eagles Fly” by... read more