Severe erosion on both sides of a bridge on Redbone Road has forced Warren County supervisors to declare an emergency and seek financial help from the Natural Resources Conservation Service to fix it.

Declaring an emergency allows the supervisors to bypass the state bid laws to find a contractor to fix the problem.

Brian Robbins with Stantec, the county’s engineers, said the bridge is near Burnt House Road and crosses Pace’s Bayou on Redbone Road. He said the erosion problem occurred in April, when the county was soaked by a 10-inch rain, causing the banks to erode near the bridge approaches.

The problem is similar to an erosion problem the city of Vicksburg has with a bridge on Kemp Bottom Road, where erosion is threatening a section of the bank under the bridge, and to a bridge on U.S. 80 near the county line.

“The loess soil we have around here just absorbs the water,” he said, adding the soil is prone to erosion. Robbins said the county has applied to the NRCS for a federal emergency grant to fund the repairs, adding officials should know soon whether the project qualifies for assistance. The county earlier used NRCS grant money to repair an erosion problem on Bowmar Avenue. 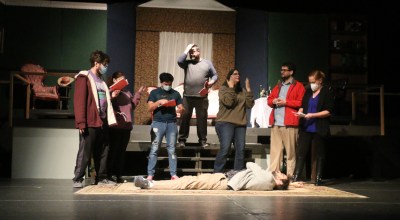