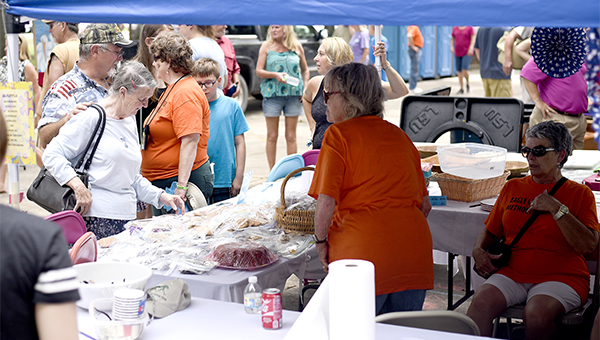 Mississippi 465 may have been underwater, but that failed to stop visitors and area residents from making the journey north to enjoy a weekend at the lake and the fifth annual Lake Fest at Eagle Lake.

Flooding from the Mississippi River forced the Mississippi Department of Highways to close the main road to Eagle Lake May 16, but people used the backwater and mainline levees to reach the festival and tour vendors, enjoy different offerings of food and listen to music from the Chill.

“It was wonderful; we had about 650 people,” said Eagle Lake Matters president Linda Banchetti. “Almost all of our vendors showed up. People came in over the backwater levees, and when they found out the mainline levee was open, they used it, because it was smoother road. Traffic was bumper-to-bumper on the levee.”

Another boost for the event was the reopening of the Muddy Bayou bridge, which was shutdown in late March.

“The people with the Mississippi Department of Transportation knew we were going to have this, and they worked real hard to get it opened. It made it easier for people to use the mainline levee.

“It was a great day, the weather was perfect, and everyone had a good time,” Banchetti said. “We want to thank all the people who came and the vendors who came to participate.”