832 vehicles show up to drop off paint, batteries, chemicals 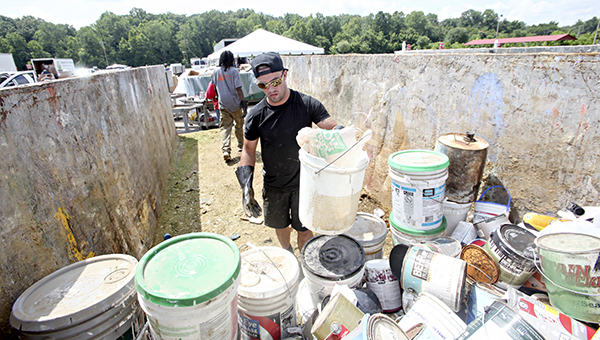 “We had a very good turnout,” said Katie Strong, Warren County’s solid waste officer. “We had 832 vehicles go through Saturday. Our largest was 883 last year. Saturday’s turnout was smaller, but it was still very good. Before last year, we had averaged about 600 cars.”

Saturday’s collection was the county’s 20th annual Household Hazardous Waste Collection Day, which allows residents to drop off items such as paint, old batteries or fluorescent light bulbs so they can be disposed of properly. The program was sponsored by the Warren County Supervisors and Mississippi Department of Environmental Quality.

The supervisors partnered with Care Environmental from Orlando, Fla., which disposed of the collected materials properly.

But the main reason, she believes, is “people are becoming more environmentally conscious and they want to take their materials where they’ll be disposed of properly instead of just tossing it in the garbage can.

“For many people, this is a big thing. The younger people who have grown up with environmental education are more aware. People save up their stuff all year for this day when they know they can take it and it will be disposed of in an environmentally safe manner.”

Strong said the other items collected were still being processed, and she would have the final totals by the end of the week.