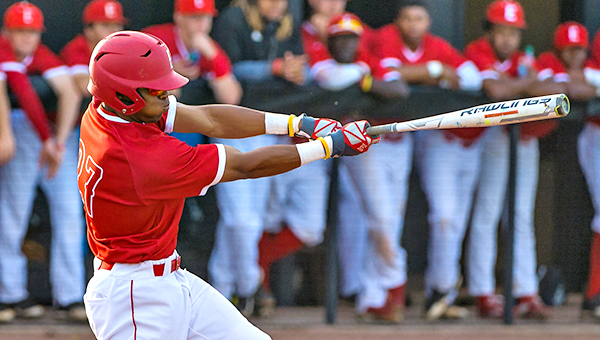 In the days and weeks leading up to the 2017 Major League Baseball draft, Marcus Ragan had spoken with a half-dozen teams that seemed interested in making him one of their selections.

It was enough that the former Warren Central star figured he would get a phone call at some point in the three-day draft, but even when it happened it still took him aback.

Ragan got the call early Wednesday afternoon, when the Boston Red Sox took him in the 15th round, with the 461st overall pick.

“It was unexpected. I never thought I would be taken, but I was taken nonetheless,” Ragan said. “It was very emotional. I shed a few tears. It didn’t surprise me at all, because I knew what I was capable of and my coaches supported me. It’s psyching me up.”

Ragan is the third player from Warren County to be drafted in the past five years. Former Warren Central and Hinds Community College shortstop Beau Wallace was drafted by the Pittsburgh Pirates in 2013, and former Vicksburg High pitcher Clyde Kendrick by the Texas Rangers in 2015.

Ragan spent the past two seasons at East Mississippi Community College. He was a first-team All-MACJC selection this season after hitting a team-best .395 with 27 extra-base hits and 25 runs scored.

Ragan, who was the 2015 Vicksburg Post Player of the Year at Warren Central, hit .370 for his two-year junior college career. He signed with Arkansas-Little Rock, and wasn’t yet sure whether he would honor that commitment or turn pro.

There is no slotted signing bonus assigned to draft picks beyond the 10th round. When Wallace was picked by Pittsburgh in the 12th round in 2013, he received a $75,000 signing bonus. Kendrick negotiated a $30,000 bonus as a 27th-rounder two years later, so the Red Sox’s offer to Ragan would likely fall somewhere between those two figures.

“They want to talk to me (Wednesday) night about the contract,” Ragan said. “My parents really want me to go to school. When we talk with the organization, we’ll decide what to do.”

In the meantime, Ragan said he’s just enjoying the thrill of being considered among baseball’s best young players.

Wednesday was the final day of the Major League Baseball draft, with teams making their picks in rounds 11-40. Seventeen players from Mississippi, including Ragan, were selected.

Ragan’s East Mississippi Community College teammate Vijay Miller was picked a round before him, in the 14th round by San Diego. The right-handed pitcher was 5-0 with a 3.97 ERA and 54 strikeouts in 47 2/3 innings this season.

Two players from Mississippi State were selected on Wednesday. Second baseman Ryan Gridley went to Oakland in the 11th round, and sophomore center fielder Jake Mangum to the New York Yankees in the 30th round.

First baseman Brent Rooker was selected by the Minnesota Twins in the first round on Monday.
Southern Miss also had two players chosen on Wednesday, to go along with two picked Tuesday.

First baseman Dylan Burdeaux was a 20th-round selection of the Detroit Tigers, and pitcher Hayden Roberts was snatched by the Colorado Rockies in the 34th round.

On Tuesday, pitcher-infielder Taylor Braley went to Miami in the sixth round and pitcher Kirk McCarty to Cleveland in the seventh.

All but Bortles have at least one year of NCAA eligibility left and could opt to return to Ole Miss next season. Mississippi State’s Gridley and Mangum could also come back for another year.

It’s the 14th consecutive year in which at least four Ole Miss players were drafted.

Oral Roberts infielder Dylan Snypes, a former Wayne County star, was picked by the New York Mets in the 15th round.

The Gator Golf Classic wasn’t a huge event Wednesday at Clear Creek Golf Course, but it was a harbinger of... read more