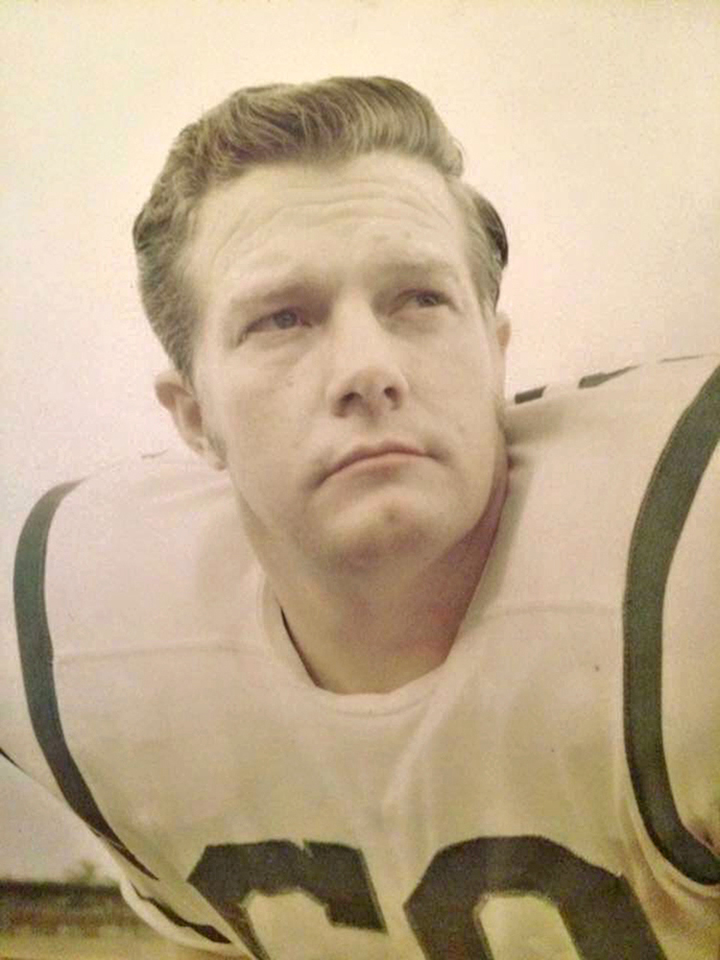 Former Ole Mis and New York Jets football star Larry Grantham died Sunday at the age of 78 in his native Crystal Springs. Grantham was inducted into the Mississippi Sports Hall of Fame in 1980 and was part of Ole Miss’ All-Century Team. (Photo courtesty of the Grantham family)

The Mississippi native was 78.

A funeral service for Grantham will be held Wednesday at 11 a.m. at First Baptist Church in his hometown of Crystal Springs. Visitation was scheduled for Tuesday at 11 a.m. at Stringer Funeral Service in Crystal Springs.
Grantham was a two-time All-Southeastern Conference selection for Ole Miss in 1958 and ‘59, and was named to the school’s Team of the Century in 1993. He was inducted into the Mississippi Sports Hall of Fame in 1980.

Grantham was an original member of the New York Titans franchise, which became the Jets in 1963 after three seasons. He was a five-time AFL All-Star during his 13 years with the team and was inducted into the Jets’ Ring of Honor in 2011.

“That probably climaxes a career and doesn’t take second place to anything,” Grantham said at the time in quotes posted on the team’s website. “I’m not in the Pro Football Hall of Fame, and sure, that’s a great, big honor, but to me this honor with the Jets is unbelievable. Just think of all the players they’ve had up there from 1960 till now. It’s something I can’t put into words.”

Grantham had five interceptions and three fumble recoveries as a rookie in 1960, quickly establishing himself as a playmaker for the fledgling franchise. His 43 takeaways remain a franchise career record. He went on to play in 175 of the franchise’s first 182 games.

“I always saw Larry as the captain and the leader,” former defensive end Gerry Philbin told the team’s website. “His football knowledge, the way he skirted around blockers and made tackles, he just surprised a lot of people. Pound for pound, he was the best player on the Jets.”

Grantham had three tackles and two passes defensed in the Jets’ 16-7 victory over the Baltimore Colts in Super Bowl III. His last season with the Jets was in 1972, but he returned to the field two years later to finish his playing career with the Florida Blazers of the World Football League.

He was a Jets radio broadcaster for a short time after his retirement before later working in the business and banking industries.

Grantham’s football career got started at Ole Miss, where he was selected to the school’s All-Decade Team in 1959. He was drafted in the 15th round by the Colts in the 1960 NFL draft, but chose to instead play with the Jets after they made him one of its 32 picks in the AFL draft.