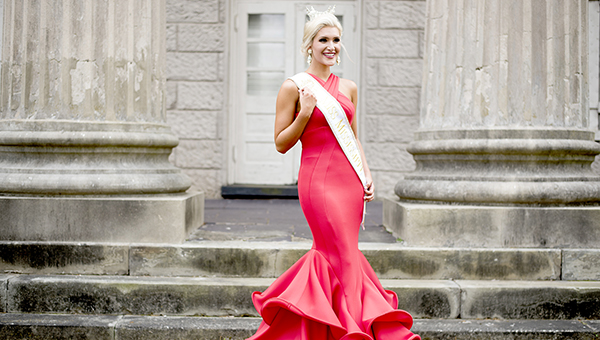 It has been an exciting and memorable year for Miss Mississippi Laura Lee Lewis. She has traveled thousands of miles serving as an ambassador for the state and during the Miss America Pageant, she was named fourth runner-up.

The only thing the Brookhaven native said she wished she could do different was alter time.

“I wouldn’t change anything that I did this year, except maybe rewind the clock and start it all over and do it all again,” Lewis said.

Saturday, Lewis’s reign will come to an end when she turns over the crown to her successor, but she will carry with her memories that will last a lifetime, she said.

“My greatest highlight this year was hearing little girls say, ‘I want to be Miss Mississippi someday,’” Lewis said. “I was glad I could be part of a team that provides positive role models for girls.”

Lewis said the organizers, volunteers and staff involved with the Miss Mississippi program have become family. 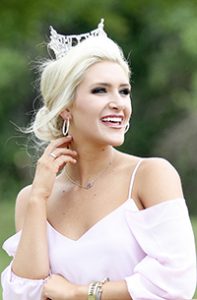 “I love this family, and I plan to make them proud of their investment in me,” she said. “The Miss Mississippi program is a collective group of people who use their talents to work together toward a common goal, which is to make a young woman become the best she can be.”

Also, traveling the back roads of Mississippi and getting to know people who make Mississippi what it is, she said.

One of Miss Mississippi’s jobs includes traveling to speaking engagements and promoting her platform.

This year, Lewis said she traveled more than 60,000 miles, which did not include air travel.

“And thanks to the generous support of George Carr of Vicksburg, I had the opportunity to receive a new car every 5 to 6,000 miles. That new car smell never gets old,” she said.

During her travels, Lewis said she had the privilege of getting to know many interesting people, but there were a couple who stuck out.

“Oh my goodness, there were so many cool and interesting people I met this year, but I think the cutest was cuddling with former President Obama’s dogs at the White House,” she said.

Obviously, competing in the Miss America Pageant is a memory Lewis will cherish.

“It was an experience I will treasure forever. Some of my favorite moments were wearing my sash and representing my state, on that stage, singing my talent on national television, meeting amazing girls and making 51 best friends from every state,” Lewis said.

Although she will be stepping down from holding the state title, serving as Miss Mississippi, Lewis said, has made it possible for her to move into the next phase of her life.

“In addition to completing my degree, the crown has uniquely position me and opened doors. And that’s all thanks to Miss Mississippi and sponsors who make this possible for hundreds of young women just like me. I’m excited about and look forward to the road ahead.”

Lewis said she plans to work hard to make every one of those opportunities count, while also remembering the sacrifices from the village of supporters, mentors and workers who helped her get there, she said.

“I want to make their investment in me worthwhile, to seize the opportunities afforded me, and to help others in the same way I’ve been helped,” she said.

And for women interested in competing in the Miss Mississippi Pageant, Lewis said,

“If you’re looking for excitement, empowerment, inspiration and advantage, go to www.missmississippipageant.org and sign up for your adventure today.”