Big Black out of its banks 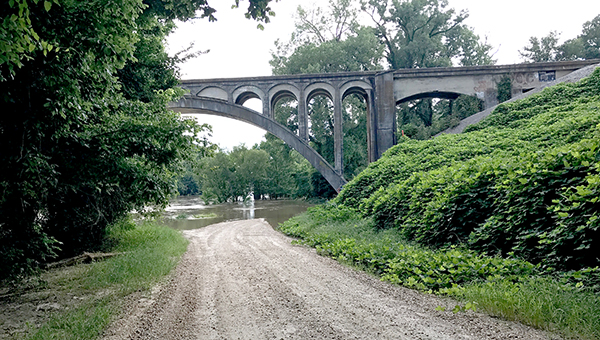 Rainfall dropped on the area when the remnants of Tropical Storm Cindy passed over Mississippi has caused the Big Black River to overflow its banks, flooding areas of Hinds and Warren counties.

The Big Black also went above flood stage in March 2016, when 14 inches of rain fell in the county.

According to readings at the gauge at the Vicksburg Water Treatment Plant on Haning Road, 3.21 inches of rain fell in the county between June 21 and 24 as the remnants of Cindy passed over the area.

“The river is expected to crest at Bovina at 33 feet between June 30 and July 1,” Warren County Emergency Management director John Elfer said. “It will flatten out, and then be at 31.9 feet on July 3.”

Warren County Sheriff Martin Pace said only one public road has been affected by the high water.

“Right now, the only public road in Warren County that is closed is Warriors Trail in Bovina, where it goes under the railroad bridge,” Pace said. “The county road crew blocked it off yesterday (Wednesday). We also have some farm and pasture land that is flooded.”

Church comes together to ‘Rise Against Hunger’