Change turns into a positive for 601 Sports 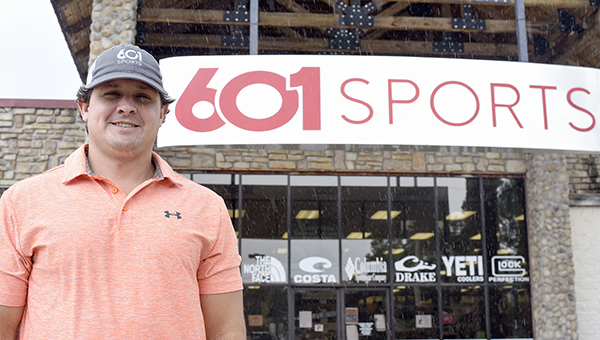 For six months, Jason Martin-Nez faced a situation most business owners would never want to face. Instead of looking at it as a negative, he has turned changing his company’s name from Hobie’s to 601 Sports into a positive.

Having purchased Sports Center in 2010, Martin-Nez changed the company’s name to Hobie’s in 2012. Naming the company what many of his friends had and still call him, Martin-Nez said was an easy decision.

That was up until six months ago.

“We were contacted by Hobies Catamaran in California with a cease and desist letter,” he said, saying the letter said the use of Hobie’s infringed on that company’s trademark.

“I realized they had a point and we would likely not have won any legal battle,” Martin-Nez said. “At that point, we worked out a settlement that I feel was best for both companies and gave us a chance to do something positive for our business.”

He said since that time, he and others discussed a wide-range of names and ideas, going back and forth.

“We put names down on paper, talked about this name and that name, and we came back to 601 Sports,” Martin-Nez said.

Having traveled to Forth Worth for a trade show this week, Friday marked the first time he had seen the new signage on front of the company’s Pemberton Boulevard location.

“It will take a little getting used to,” he said. “But, my family kept telling me this process is a good chance to evaluate every part of our branding and marketing.”

The name change also affects the company’s location in Brookhaven.

“Though the name Hobie’s will always have a special place in my heart, as we continue to grow and expand our presence in more locations, we never want to forget where we came from or the people who helped us get there,” Martin-Nez said in a company release. “Hometown is extremely important and taking care of our customers has always been our number one priority. This new brand represents those values for us.”

In addition to the name change, the company also revised their logo, all of their marketing materials and their website.