Fourth of July brings an uptick in emergency phone calls 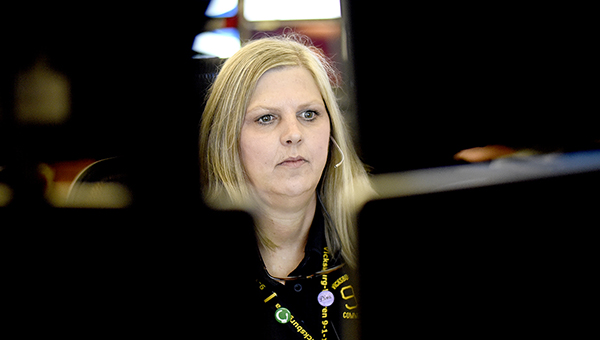 Like many holidays, the Fourth of July is a time for people to take off from work and enjoy taking it easy for a day or possibly a long weekend with the family, an outing on the water, or just sitting at home and relaxing.

But for Warren County’s first responders, this or any holiday, means spending time away from families and answering calls — a lot of calls — that are received and sent out by the dispatchers at Vicksburg-Warren County 911.

The most common calls during the Fourth of July, Communications Center deputy director Shane Garrard said, include automobile wrecks with injures — including one or two significant wrecks, disturbance calls and fire works complaints.

“Looking at two years of data, we went up a couple of hundred calls in the last year,” Garrard said. “Looking at the numbers, you can also tell that these (2015 and 2016) were three-day weekends. You have to think, all the kids are out of school, all the families are off, so we expect to see numbers that high. And we staff accordingly for it.”

Also, he said, police officers and sheriff’s deputies will make a lot of traffic stops as they work to crack down on DUIs and other traffic violations.

He said the Fourth of July seems to be a little busier for dispatchers than other holidays, but said, “It also depends on how the weather is.

“The busiest time of the holiday period is July 4,” he said, “And it’s all day long, that day, starting around 9 or 10 o’clock in the morning, and it usually goes into the morning of the fifth before it starts winding down. It’s normally 2 or 3 (a.m.) in the (next) morning before it gets back to normal.”

While the dispatchers are handling their shifts on the Fourth, Garrard said, family members will bring food for the workers.

“Usually, they’ll bring food for the whole shift,” he said.

And what about the call volume for this year’s holiday period?

“After this holiday weekend, I’ll see what the increase was for 2017,” he said.