Monsour decides to resign his seat in Legislature 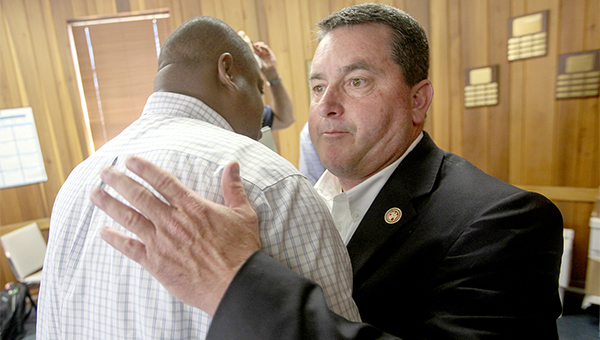 He submitted his resignation in a letter to House Speaker Philip Gunn, R-Clinton, dated Wednesday.

“With this correspondence I hereby resign my position as District 54 representative in the Mississippi House of Representatives effective July 2,” the letter begins.

“It has been a pleasure serving the last 10 years as the District 54 representative,” Monsour said Wednesday.

His resignation comes after an Attorney General’s opinion dated June 26 said serving as a Vicksburg alderman and a state representative was a violation of the separation of powers found in the state Constitution, because as alderman, Monsour has administrative, or executive powers. Under the city’s charter, aldermen have the authority to oversee city departments.

“While an alderman in the city of Vicksburg is charged through its special charter with appointing individuals to municipal positions, in this case, he is also vested with the authority to supervise and direct the actions of municipal officers and employees. Such authority is undoubtedly an exercise of executive power,” according to the opinion.

“… It is the opinion of this office that an individual serving as a member of the state Legislature while serving simultaneously as an alderman for the city of Vicksburg, would result in a violation of the separation of powers doctrine found in Article 1, Section 2 of the Mississippi Constitution of 1890.”

After his election, Monsour indicated he planned to resign from the Legislature, but sought an Attorney General’s opinion because he wanted to stay in the legislature for a limited time to allow him to get funding for the Port of Vicksburg and money to repair the city’s infrastructure.

“I felt we could get things done at a faster pace if I could go back (to the Legislature),” he said. “The AG’s opinion said I would be in violation if I did that, so I resigned my seat. But I still expect to get those things done from here.”

Monsour, a Republican, defeated Jennifer Thomas, and Tom Setser to win his first term in office as the District 54 representative. He was re-elected in 2011 and 2015.