Established in 1987, the Blankenship awards are among the highest honorary awards presented to Mississippi Valley Division employees by the local commander and cover three categories: engineer/scientist, professional and administrative.

They remember and honor the commitment, dedication and knowledge of the longtime Mississippi Valley Division executive assistant who died in 1973.

The awards were accompanied by a Department of the Army Commander’s Award for Civilian Service. 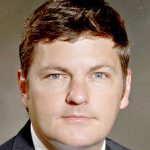 Joey Windham, a division civil engineer, and Watershed Division chief, received the Ernest P. Blankenship Engineer/Scientist Award for his leadership of the collaboration to provide flood inundation mapping assistance to the state of Louisiana during the August 2016 Baton Rouge area 500-year flood.

The work led to the inauguration of a Mississippi Valley Division Flood Mapping Cadre Team to maintain future inundation modeling support throughout the region. Windham was also a proponent of using advancements in multi-dimensional hydrodynamic modeling to achieve more accurate and updated profile and inundation information for the Mississippi River & Tributaries Flowline Assessment.

During 2016, his knowledge of policies and guidelines on program and budgetary process allowed him to develop and implement strategies for the division and successfully compete for annual funding. 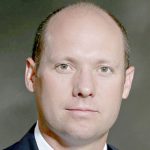 His guidance on financial issues was sought daily, and he offered advice to co-workers and administrators within the division, districts and the headquarters U.S. Army Corps of Engineers Mississippi Valley Division Regional Integration Team.

Dale Junkin received the Blankenship Administrative Award for the outstanding performance of her duties as administrative assistant for Watershed Division.
Junkin served her office, the Regional Business Directorate and the entire Mississippi Valley Division.

She was extremely knowledgeable of the tasks given her and showed a great willingness to learn new requirements.

She often filled in for the Executive Office and other administrative staff to help bridge the gap when needed, and frequently and willingly assisted other offices with their purchasing needs. 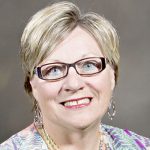 Shows was honored for her leadership in providing guidance, direction and control to the district offices. She was instrumental in streamlining the fiscal year budget process by developing new budget templates and conducting the regional working Programming Budget Advisory Committee.

• Marlan Snodgrass, assistant director for the Office of Small Business Programs, was the recipient of the Commander’s Award for Outstanding Achievement in Equal Employment Opportunity.

Under her leadership in 2016, the division won the Corps of Engineers 2016 “Top Division by Percentage Award” for the Historically Underutilized Business Zones program, where $198 million was awarded. She guided the districts in improving contracting opportunities for women-owned and service disabled veteran-owned small businesses.

• Length of Service awards were presented to 18 employees, representing 375 years of federal service, received length-of-service certificates ranging from 10 to 40 years of service.