Curtis in hunt at Junior Am 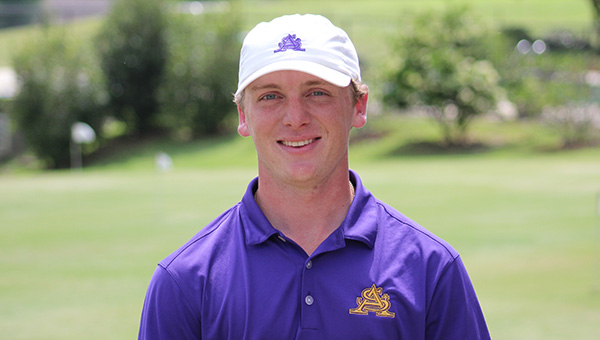 Channing Curtis didn’t have a bad round Monday at the Mississippi Golf Association’s Junior Amateur Championship. It wasn’t great, either, but there’s still time to change that.

Curtis shot a 1-over par 73 at Old Waverly Golf Club in West Point, putting him squarely in a crowded pack after the first round of the three-day tournament. Fifteen golfers shot between 2-under par and 2-over par on Tuesday, setting themselves up to make a run if they can reel in leader Hunter Logan.

Logan shot a 6-under par 66 to break out to a four-shot lead heading into the second round Wednesday.

“It’s a good sign,” Curtis said of being in the main pack. “I am in that main pack, but still seven back. I just have to keep my head down and stay patient. Hopefully I can get a little closer to the leader tomorrow.”

Curtis made 15 pars in his round Tuesday. He bogeyed the third hole and didn’t make up the stroke until making birdie on the par-5 15th, and then gave the shot back with another bogey on the 18th.

“It was pretty basic. I played good and made a lot of pars, but I lacked the birdies to be at the top of the board,” Curtis said. “There were a lot of good things. Now I just have to get putts to fall.”

Officially, Curtis is alone in 13th place, but still well within striking distance of the lead if Logan comes back down to Earth. The 16-year-old from Steens, just north of the tournament site in West Point, had a bogey-free first round. He started with two birdies, then made four on the back nine.

Logan was the only golfer in the boys’ tournament not to have a bogey.

Four golfers were tied for second at 2-under, two others were at 1-under, and five at even-par 72. After Curtis at 1-over par, Madison residents Spence Davis and Benjamin Nelson were tied for 14th at 2-over.

“I think (Logan) had a good day. The rest of us are going to try to run him down,” Curtis said.

While Curtis had a decent day, several other Vicksburg golfers appear to be playing for consolation prizes over the next two days.

Wilson Palmertree shot a 9-over par 81 to put him in a seven-way tie for 40th place. Palmertree made three pars and a birdie on his last four holes, but struggled to shake off four bogeys and one triple bogey on the front nine.

Hartley Sullivan shot an 11-over par 83 on Tuesday, putting him 13 shots of the lead in the boys’ Division C bracket for 12- and 13-year-olds. Joshua Larsen was 20 shots behind leader Collins Trolio after shooting a 90.

Trolio, from West Point and playing on his home course, shot a 2-under par 70 and was also among the top pack for the overall title.

In the girls’ tournament, Canton’s Presley Baggett turned in a sharp round of 4-under par 68 to take a commanding nine-shot lead. Baggett overcame a double bogey on the par-4 13th by finishing with three birdies in her last five holes, and made seven birdies overall. 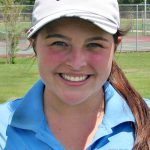 Among the golfers chasing her was Vicksburg’s Karley Whittington. The Warren Central senior shot a 7-over par 79 and was tied for third with Blair Stockett, but both were 11 shots behind the talented Baggett.
Tristan Cooley was in second place, at 5-over par.

Whittington started her round Tuesday with a double bogey on the first hole. She followed it up with six consecutive pars, but then made bogey on four of the next five holes and added another on No. 15.
Baggett, meanwhile, made three straight birdies on Nos. 8-10 to pull away from Whittington and Stockett.

Whittington, Larsen and Sullivan were set to tee off this morning in the second round, while Curtis and the rest of the boys’ leaders start in the afternoon.

Adams set on building on success as principal at…