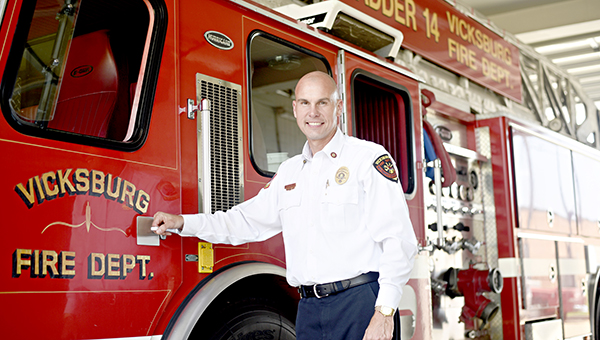 “I didn’t start out expecting to join the fire service,” Vicksburg’s new fire chief said. “But once I got in it and got involved, it seemed like this was where I should be. I think everyone reaches a place where they find they fit in, and the fire service fit me.”

A 22-year fire department veteran, Danczyk was born in Jackson but grew up in Vicksburg. He joined the fire department in 1995, a year after he graduated from Hinds Community College with a degree in accounting and business.

“I was one of 17 people hired in 1995, and we had a very good group,” he said. “Some of them have gone on to other things, but some of them are still here and officers in the department. (Former chief) Charles Atkins was the training officer; they really worked us. We were waiting to get into the (state) Fire Academy, and we did a lot of emergency medical training.

He attended the Fire Academy in October 1995. The academy, he said, helped build his self-confidence “because I found I was able to do things I thought I couldn’t do, and I was able to succeed.”

He rose through the ranks, moving from firefighter to lieutenant, captain and then deputy chief about 21/2 years ago. July 5, he was named fire chief. He said he was excited about the promotion, adding, “I’m honored that the mayor and the board were willing to put their trust and confidence in me to lead the department.”

“My first fire as chief was July 7, and when I pulled up, I was proud to see some of the guys I was hired with out there working the fire.”

Danczyk comes in as the fire department is beginning to grow. A new station, Station 3, is under construction on Berryman Road and work on the building is expected to be completed in the fall. The three-bay station will house a pumper, ambulance and 78-foot ladder truck called a “quint,” which is a combination ladder truck and pumper. Once the station is completed, he said, Station 6 at the corner of Cherry and Jackson streets will be closed and its equipment relocated to the new station.

“Station 3 is in a good location to give us better access to the Interstate and to areas on the east side of the city,” Danczyk said. “The quint will be a good addition there.”

The new chief also faces some issues, including overtime, which was a source of contention with Mayor George Flaggs Jr., and preparing a fiscal 2018 budget for the fire department.

The Board of Mayor and Aldermen Friday approved a plan presented by the chief involving sick leave that would give firefighters, who work 24-hour shifts, the option to take 12 hours of sick leave instead of a full day, reducing the amount of overtime the city would have to pay a relief firefighter — if needed — to take the sick person’s place.

“I’m very excited about that because it’s already saved the city money,” he said. “Our sick leave policy was kind of dated; it was kind of traditional — when you were sick, you had to take off the whole 24 (hours).

“Now the employee has an option; you can come in at 7 p.m. instead of 7 a.m. and if you choose to take the 24-hour, that’s your choice. Also, if you are legitimately sick and you’re not feeling better, you can call us by 5 o’clock and say you’re going to take the full day. I think this will save us thousands and thousands of dollars in overtime by the end of the year.”

He believes overtime costs will further go down with addition of six new firefighters.

Presently, he said, the department is averaging 33 to 34 firefighters per shift. His plan is to bring that number up to 37 to 38 per shift.

Danczyk said this year’s budget will include money for new equipment, but will not include any new fire trucks for the department.

“What we’re requesting is one new ambulance and we’re going to re-truck one of our existing ambulances,” he said. “When you re-truck one, you keep the box, the back of the ambulance, and you put that on a new truck; it’s about half the cost.

“We’re not requesting a new fire truck this year, and when we get the new ladder truck in this fall, that will give us four new trucks in the past four years, and I think we’ve done good with that. Going forward, in the next four years, we’ll be buying new trucks, but it won’t be 2018.”

One is an 8:30 am. staff meeting on Mondays to open communication between his office and the firefighters and staff. The meeting, he said, includes “all our Monday through Friday personnel, which is the training department, fire prevention, deputy chief, me, and my administrative assistant, Connie Prentiss, who helps with our EMS services, and whoever is the battalion chief for that day.”

The meeting, he said, sets the goals for the week and looks at any oversight issues. “It’s been very productive.”

Another project is redrawing the ambulance and fire station coverage areas.

The department’s ambulance districts cover the city and the county, “But you have to pay attention to your high volume areas like a nursing home. We need to make sure the coverage is spread out; so we’re ‘let’s draw the districts where we can spread the workload and everybody’s getting an equal share (of calls).’”

The fire districts will be redrawn to determine which station will be the first to respond to a call.

“We’re going to try to have that before the (new) station opens. That way, we can have that information go to 911, and they can put that into their CAD system, so when the station goes live, 911 will already be prepared for the change, and they can flip the switch and know which units to send.”

He said his deputy chiefs are assisting with the project and the shift commanders will also get to review the plan.

He also wants to improve the city’s fire insurance rating a Class 5; the same rating he held when he joined the fire department.

“My 21/2 years as deputy chief taught me a lot about administration and helped give me better insight into the fire department,” Danczyk said. “I’m looking forward to working with the men who were hired with me. I’m proud to have been with that group. We’re all working together; we’re off to a good start.” 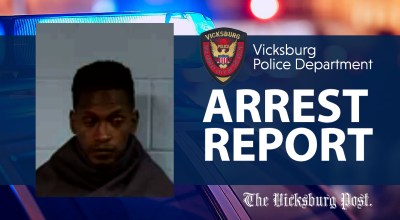