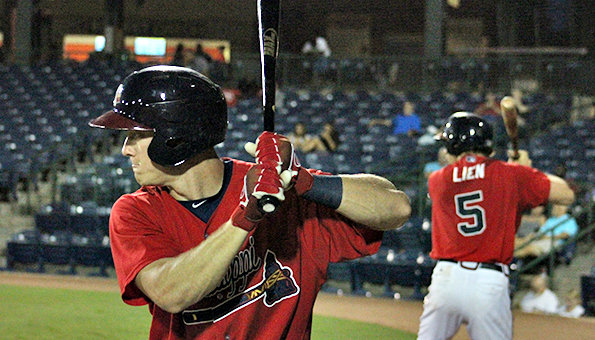 Tyler Kinley struck out Travis Demeritte with runners on first and second to end the game for his third save of the season.

Richards (3-2) picked up the win after he struck out six and walked one. He won for the first time in four starts.
Jacksonville scored its runs when Vidal hit a two-run home run in the second inning and Rodrigo Vigil hit an RBI single in the eighth.

M-Braves pitcher Tyler Pike (0-5) allowed two runs and one hit in six innings to take the tough loss. He struck out five and walked six.

The Braves were shut out for the 11th time this season, and lost for just the second time in their last seven games.

The M-Braves and Jumbo Shrimp will play game three of their five-game series Thursday at Trustmark Park. They’ll also play Friday and Saturday, and all games start at 7 p.m. For a chance to win six tickets to Saturday’s game, visit the Vicksburg Post’s Facebook page at facebook.com/thevicksburgpost/

Red Carpet Bowl, Hall of Fame could use your…