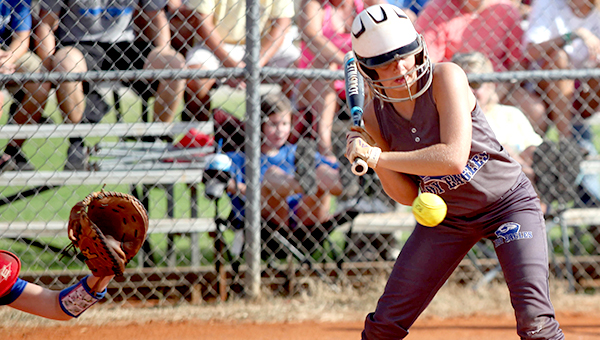 Porter’s Chapel Academy softball coach Amanda Yocum had a simple message for her team after they suffered an 11-1 loss to open the season Friday, it is time to get back to the basics.

The Lady Eagles don’t return to the field until Monday, Aug. 9, and Yocum said the week off will be spent working on the skills that cost them in the season opener.

“We will go back to hitting drills,” Yocum said. “We are going to go back to putting balls on the tee, the basics. Set it up inside, outside, middle, where they should be hitting the ball.”

PCA opened the 2017 season Friday against Parklane Academy from McComb at Bazinsky Feld. Command issues on the mound and poor pitch selection at the plate cost her team the game Yocum said.

In the five-inning game, which was shortened due to the 10 run mercy rule, the Lady Eagle’s pitcher allowed 11 walks. On offense, they were held to only two hits including a double by Gracie Feller.

“When [Parklane] did put the ball in play, when we weren’t walking them, we did a decent job defensively,” Yocum said. “We walked too many and then started having to throw it down the middle. It was just batting practice.”

The Lady Eagles scored their lone run of the game in the bottom of the fourth.