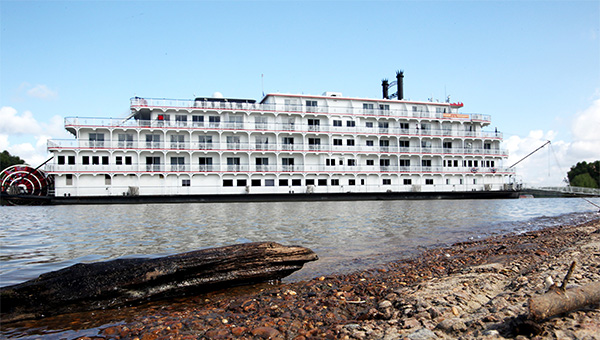 In its mission to evaluate and make recommendations for improving the appearance and function of the city’s waterfront, the city’s riverfront redevelopment committee took an approach of looking back before looking forward.

After a number of discussions evaluating the current state of the city’s waterfront, including putting together a list of needed fixes to patch holes in concretes, repairs to railings and steps along the waterfront, the committee also took a long-term approach during their first meeting last week.

“It was brought up that there had already been a number of studies and reports discussing the city’s waterfront over the years,” committee chairperson Kim Hopkins said. “So, after the meeting, we went back and pulled all of those studies and sent them out to the members of the committee for them to review. We have already had some comments back from committee members on ideas they found in the old studies.”

Hopkins said one of the studies that included plans for the city’s waterfront went back more than 30 years to 1984.

She said many of the ideas and points made during the meeting had already been presented to the city, including bids being sought for washing off the back side of the flood wall.

In addition to work already planned for adding a concrete pad and seating at the end of the flood wall, the group pointed out the need for more patrols to cut down on littler, repainting of curbs, routine cutting of grass and more.

The group also discussed partnering with the Vicksburg Art Association for the design and painting of a welcome sign on the riverside of the flood wall.

“We want to look at ways we can improve the appearance and overall experience for those who arrive by riverboat and those residents who use the waterfront,” Hopkins said.

Discussions also included the idea of a floating dock to allow better use of the waterfront for recreational boaters.

The 19-member committee is scheduled to meet again in early September.