PCA cruises to victory in opener 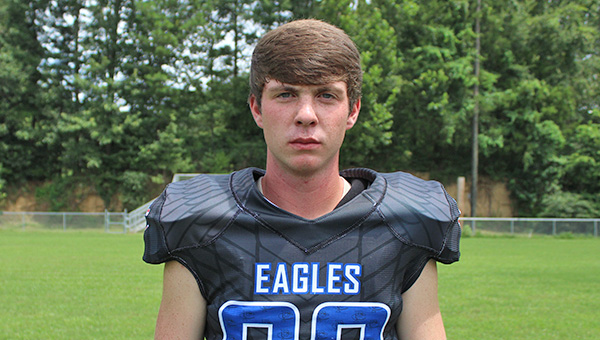 Just like almost every week for the past few seasons, Porter’s Chapel Academy’s football team was involved in a lopsided game on Friday night.

This one, however, they got to thoroughly enjoy every second of.

Glenn Alan Kittrell rushed for 111 yards and two touchdowns, Carter White added 50 yards and two more scores on the ground, and the Eagles opened the 2017 season with a 48-0 rout of Columbus Christian.

The 48 points nearly matched the 61 the Eagles scored all of last season. It’s the first time they’ve scored more than 30 since the 2014 season opener, and the first time they’ve gone over 40 points since a 45-0 victory over Tallulah Academy — which was later forfeited for using an ineligible player — in October 2013.

“It’s much easier to coach when the offense is executing and the defense is controlling the line of scrimmage. It makes your job as a coach much easier when the things you’re trying to do, work,” PCA coach Blake Purvis said. “(Players) were very upbeat about it and have a lot of momentum. It was an opportunity to validate a lot of work we’ve put in. It was nice to have some success.”

Kittrell ran 37 yards for a first down on a fourth-and-short on the game’s opening drive. That led to a 4-yard touchdown run by Brayden Ray, and the Eagles were off and running. White scored on a 2-yard run to make it 14-0 at the end of the first quarter, and they added three touchdowns in the second.

Kittrell pushed the lead to 21-0 with a 7-yard TD run. Quarterback Tristan Pickering threw a 7-yard scoring pass to Spencer Azlin, and then scored on a 2-yard sneak with three seconds left in the half to make it 34-0.

“We were able to give our defense a lead to play with,” Purvis said.

Pickering’s touchdown run was set up by his 79-yard run the play before on a scramble. Pickering finished with 85 rushing yards in his first varsity start, and also completed 4 of 9 passes for 49 yards and the one touchdown.
Kittrell tacked on a 33-yard touchdown run and White a 10-yarder in the second half for the final margin of victory.

“It’s very encouraging. We need to establish the running game, and that’s what we believe we’re going to be built on. Hopefully it’ll open up the passing game some, too,” Purvis said. “We did a good job controlling the line and giving ourselves a hole.”