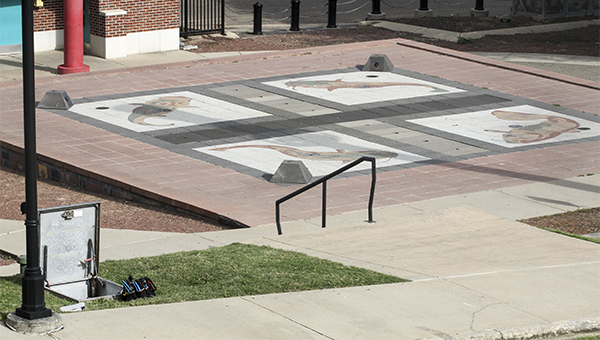 Monsour: Splash pad will be torn up and replaced

The splash pad at Catfish Row on Levee Street will be torn up and replaced, South Ward Alderman Alex Monsour said.

“We’ve got more water coming from the bottom than we have going on top; we’ve got some bad leaks,” he said. “We have to replace the pipes, and to do that, we’ve got to break up the concrete to get to them, so we might as well tear it down and build a new pad.”

The 15-year-old splash pad is a popular and well-used attraction for the city, but was shut down for almost one month, from June 30 to July 26, while city workers installed rebuilt pumps and filter motors.

Monsour, who oversees the city’s recreation department, said the rebuilt pumps will remain with the new pad, which he said will be bigger and better than the present pad.

“I’m going to be meeting with someone on the 24th to discuss the pad and what we can do,” he said. “We are going to have it rebuilt by next season.”

City officials closed the splash pad in June after the filter motor locked up, requiring a new part to be ordered and installed. However, as workers prepared to make the repairs, other problems occurred, forcing the city to bring in a crew from Jackson to examine the problem.