Born in Lula, Unita was a civil rights activist, community developer, politician, and author. She did not finish high school at her early age; she worked in the Delta cotton fields until she was 30 years old.

Later becoming a voter registration worker in the 1960s, Blackwell was the first female African-American Mayor in Mississippi; she was elected in 1976 in Mayersville, serving in office for 20 years.

After her lifetime struggles for voters rights for blacks, she was a fellow of the Institute of Politics at the John F. Kennedy School of Government at Harvard University. She also held a master’s degree from the University of Massachusetts. Blackwell was the recipient of the MacAuthur Fellowship (MacAuthur Genius Award) in 1992.

Blackwell was the daughter of the late Virda Mae and Willie Brown. She is survived by her son, Jeremiah (Michelle) Blackwell, “JR;” and four grandchildren, Brandie, Miyah, Jermaine and Naji, all of Biloxi.

Services will be Thursday, May 23, 2019, at noon at Woodworth Chapel on the Tougaloo College Campus in Jackson. Hey body will lie in repose from 10 a.m. until the funeral.

The Rev. Regina Thomas will officiate the eulogy.

Interment will be Friday at 10 a.m. at Rose Hill Church Cemetery in Mayersville. Pastor Larry White will officiate the interment. 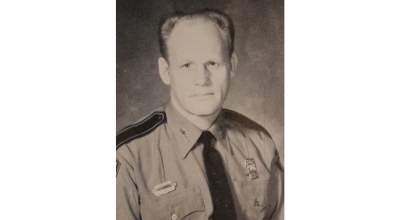