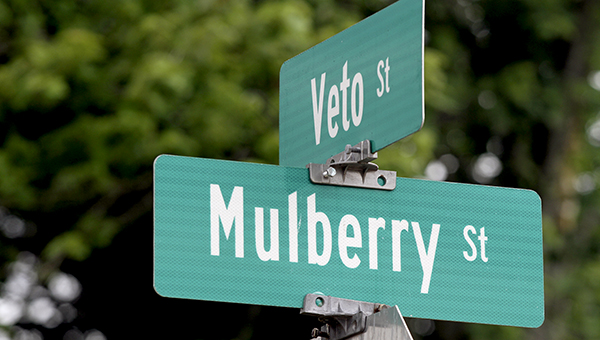 The city of Vicksburg will soon change the name for the section of Mulberry Street to honor Dr. Briggs Hopson. The section of street runs in front of the Vicksburg Convention Center. (Courtland Wells | The Vicksburg Post)

A section of Mulberry Street between Veto and Depot streets could soon have a new name.

Mayor George Flaggs Jr. is expected Monday to present a resolution to the Board of Mayor and Aldermen to rename the section of Mulberry that passes by the Vicksburg Convention Center and the old Mississippi Hardware Building in honor of prominent Vicksburg Physician Dr. Briggs Hopson.

“Hopefully we’ll have everything ready by Monday and we can start the process,” Flaggs said.

The section will be called Dr. Briggs Hopson Boulevard.

“Dr. Hopson’s contributions to Vicksburg are immeasurable,” Flaggs said. “From improving Medicaid for the poor in our state to his leadership and support of the Miss Mississippi Scholarship Pageant, Dr. Hopson is a giant in this community.

“This is a well-deserved tribute to an individual whose work has changed Vicksburg and our state for the better.”

Hopson’s son, state Sen. Briggs Hopson III, said he talked with the mayor about the plan to rename the section of Mulberry.

“I think we (the family) all feel like it’s a much appreciated recognition for my father,” he said.

Hopson retired in 2017 after serving 50 years as a physician and advocate for the medical profession and better medical care in the state.

A community activist, he served on many local organizations from the Red Carpet Bowl to the Miss Mississippi Pageant, and is recognized as a driving force in the design and development of what was then called River Region Medical Center.