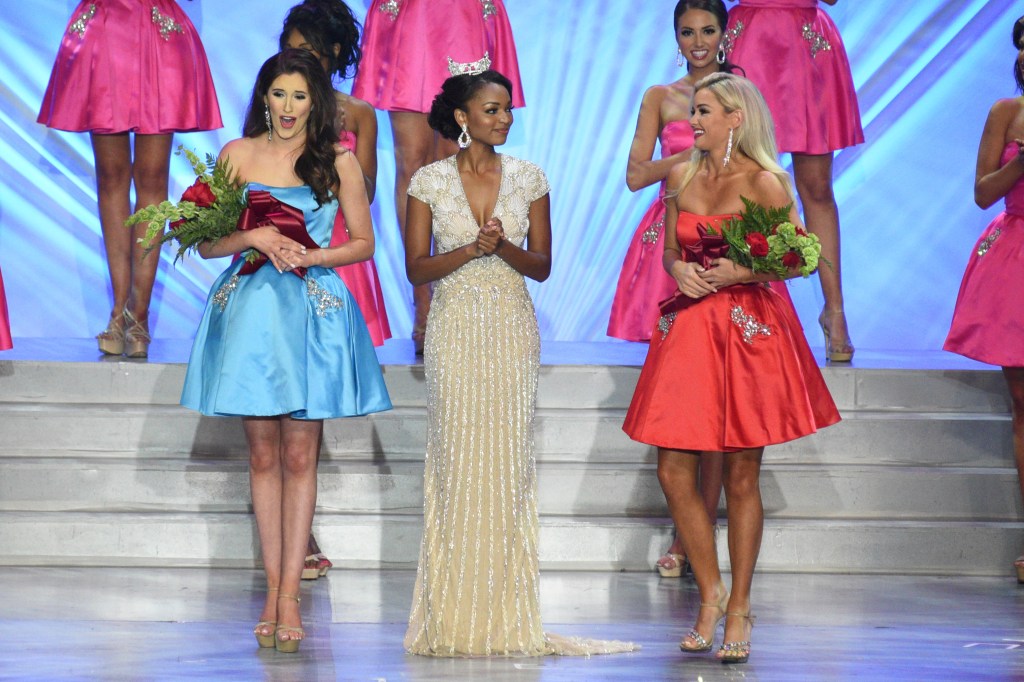 The final round of the Miss Mississippi preliminary competitions came to a close Friday night at the Vicksburg Convention Center with two veterans winning.

“I was not expecting this,” Mitchell said.

“This is my fourth year to compete, and I have never once won a preliminary award, so this was exciting,” she said.

Mitchell said she had not planned on purchasing a new gown for the competition, but changed her mind after seeing the one she wore.

“I had gone to go find a new talent dress and I tried on everything in the store and when I tried this dress on, I fell in love with it,” Mitchell said.

However, seconds before she was about to go out on stage, the Petal native said, she had a small problem with the gown.

“My dress busted and they had to sew me into it,” she said.

This is Hyer’s third year to compete in the Miss Mississippi Competition and with the talent win Friday night, she also became the only double preliminary winner during this year’s competitions.

“This has been a dream of mine forever and of course something I had hoped for, but nothing I had ever dreamed would come true,” Hyer said, after hearing her name called.

“It is a real honor here at Miss Mississippi. I had never won a single prelim until this year and now I won all the ones available, so I am very excited,” she said.

During the talent phase of the competition, Hyer sang “And This is My Beloved” from the musical “Kismet.”

“The song is about love at first sight,” she said, and she chose to sing the song in honor of her grandparent’s relationship.

“They started dating with they were thirteen and never knew life without each other.”

The final round of competition, where the top ten candidates will re-compete in all phases of the competition except for the judge’s interview will be held Saturday and one candidate will take home the crown.

The Miss Mississippi Competition will air live on WLBT and will be live streamed at www.missmisslive.com.