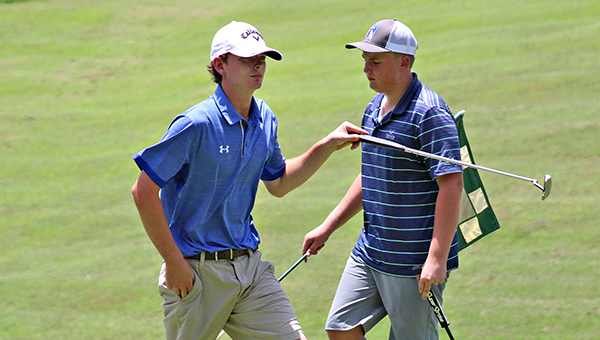 Wilson Palmertree walks off the green after making a putt on the 17th hole during the final round of the Vicksburg Country Club Junior Golf Championship on Thursday. (Ernest Bowker/The Vicksburg Post)

When he showed up Thursday for the final round of the Vicksburg Country Club Junior Golf Championship, Wilson Palmertree was facing a big deficit.

By the time he made the turn, he’d turned it into a nine-hole shootout. And, with one last great shot on the 18th hole, it was fully converted into a comeback victory.

Palmertree shot a final-round 74, taking advantage of an off day and a late flub by Hartley Sullivan to overcome a six-shot deficit and win the VCC Junior Championship’s 14-and-older age division on Thursday.

Palmertree finished with a two-round total of 149, three strokes better than Sullivan’s 152. Palmertree took control when Sullivan triple-bogeyed the 17th hole, then clinched the title by chipping to within a foot of the pin from an uphill lie to make par on the final hole.

“I feel like I played pretty well. I was putting great. I hit a lot of good shots. My mindset going into today was I just need to fight back and take advantage of some opportunities that lay before me,” said Palmertree, a senior at St. Aloysius High School. “It felt good to win this, especially after being down by six shots.” 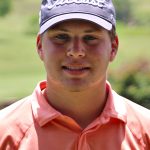 Sullivan shot a 69 in Wednesday’s first round, but wasn’t able to keep it going on Thursday. The Warren Central sophomore made bogey on each of the first five holes, added another on No. 7, and watched his six-shot lead quickly evaporate.

Palmertree had seven pars in the first eight holes and pulled into a tie with Sullivan with a birdie on No. 9. Sullivan finished with an 83 for the day.

“I was just thinking about it too much, putting too much pressure on myself. It’s disappointing, but it’s a learning experience,” Sullivan said.

Although they were tied at the turn, Sullivan was able to regain some momentum. He made four consecutive pars from Nos. 11-14, while Palmertree double-bogeyed the par-3 12th hole. 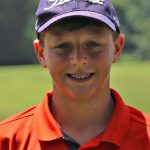 Palmertree had a one-shot lead when they came to the 17th tee, and that’s when the momentum shifted for good. Sullivan sent his second shot into the woods and wound up with a triple bogey. Palmertree made bogey to take a three-shot lead into the final hole.

“Seventeen was a hard one for me, but I just wasn’t hitting the ball like I was yesterday.” Sullivan said. “I didn’t hit (the second shot) very good, and I think it hit the concrete (cart path) or something and went in the woods.”

Sullivan had one more chance to pull it out on the par-3 18th. He hit his tee shot onto the green, within 8 feet of the hole to set up a birdie chance while Palmertree’s landed in the rough on a steep hill a few yards from the green.

Palmertree, however, hit his chip perfectly. It rolled within a foot of the hole for an easy tap-in putt for par and the potential for a dramatic finish quickly disappeared. He made his short putt, Sullivan left his short and also settled for par, and the two shook hands before retiring to the clubhouse.

“All I was thinking was, ‘Get it on the green somewhere,’ because if I left it short I’d be dead,” Palmertree said of his chip. “I had no green to work with. It was in some heavy rough. It was pretty tough. I feel like it was about a 9 (out of 10). Not a 10 because it didn’t go in the hole.”

A total of 13 golfers in four age divisions competed in the VCC Junior Championship. All divisions except the boys’ 14-and-older played nine-hole rounds each day. 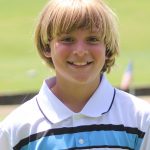 In the 14-and-older division, Joshua Larsen finished third with a two-round total of 163, Chase Tucker was fourth with 169, and Will Keen was fifth with 177.

In the 12-13-year-olds’ division, Caleb Tucker shot 80 over two rounds to win the title. Nick Shelton was second with 95, and Harber Williams was third with 116.

Walt Andrews shot an impressive 43 over nine holes on Thursday to win the 11-year-olds’ championship with a two-day total of 93. James McKenna was second, with a total of 133 for the tournament.

In the girls’ division, Blair Farrell was the champion after shooting 123.