Public will have chance to review ‘balanced budget’ 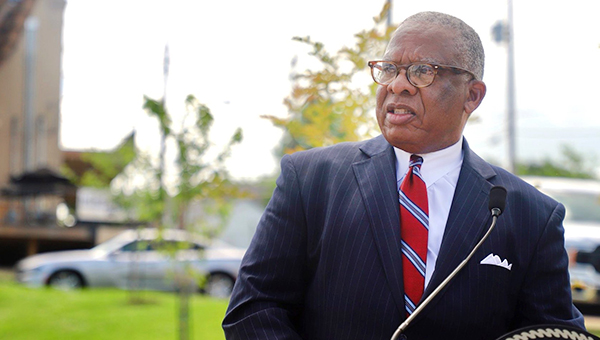 The city of Vicksburg’s fiscal 2020 budget will be presented at a 5:30 p.m. public meeting Thursday.

City residents will have the opportunity to comment or ask questions about the proposed estimated $29 million budget during the hearing at the Robert M. Walker Building, 1415 Walnut St.

The budget includes a 3 percent across-the-board pay raise for city employees funded in part by savings in the city’s health insurance program.

It also includes a series of cuts made after the city took a hit in August when the Mississippi Department of Revenue devalued Entergy’s Baxter Wilson power plant because it is no longer working at full capacity, costing the city about $1.4 million in revenue.

“I’ve cut the budget 25 percent across the board,” Flaggs said at an Aug. 25 board meeting.

• Positions open for more than 60 days will not be filled.

• For one year, no full-time positions will be created requiring the city to pay into the Mississippi Public Employees Retirement System.

• Use temporary workers to reduce costs in the public works department.

• No additional sponsorships or advertising will be added to the fiscal 2020 budget.

• No new projects for 2020 unless it is an emergency. The budget will be dedicated to completing current projects. The exception is projects funded by the capital improvements bond issue approved by the city in 2015.