Wooley found a way to be a football star 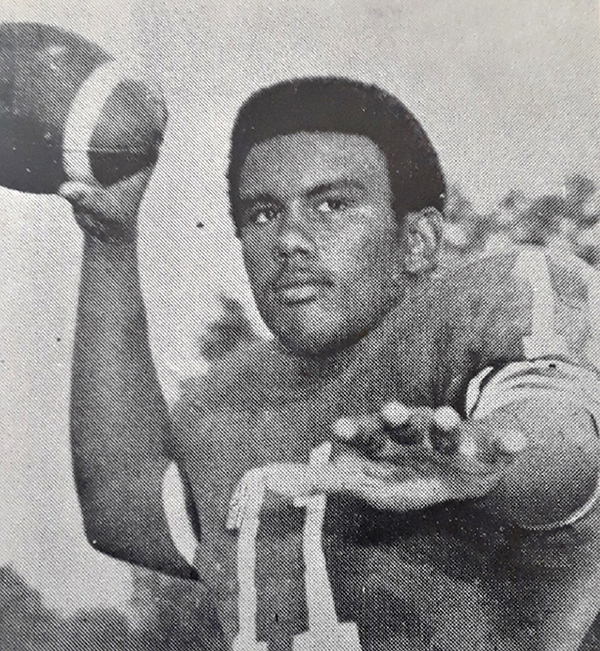 Former Rosa A. Temple High School quarterback William Wooley will be among seven athletes inducted into the Vicksburg Warren School District Athletic Hall of Fame on Thursday night. (Submitted to The Vicksburg Post)

This is part of a series of stories profiling the members of the Vicksburg Warren School District Athletic Hall of Fame’s Class of 2019.

Throughout his football career, it seemed no one was willing to let William Wooley do what he was best at.

As a freshman and sophomore at Temple High School he played running back or was the backup quarterback. In college, at Alcorn State, he played in a run-heavy offense that didn’t really showcase his ability to throw the football.
Somehow, Wooley found a way.

In one season as Temple’s starting quarterback he set records and led the Buccaneers to an undefeated season. At Alcorn, he led the Braves to the Black College national championship while becoming one of the most accomplished passers in school history.

“You’ve got to lull them to sleep a little bit. When you get a head coach that does one thing, it’s hard to change minds,” Wooley said.

One thing no one had to change their minds about is Wooley’s status as an all-time great.

The former Temple quarterback will be one of seven new members in the Vicksburg Warren School District Athletic Hall of Fame when the Class of 2019 is inducted on Thursday night. The ceremony is at 6 p.m. at the Vicksburg City Auditorium. Tickets are $20 and are available at the VWSD athletic office on Mission 66. 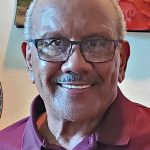 “It’s an honor to me because it’s my hometown, and to be honored by your hometown is the ultimate,” said Wooley, who now lives near Houston, Texas. “It’s very important to me, and gives me a chance to talk about where I came from.”

Wooley was part of Temple’s football dynasty in the late 1960s. From 1964-70, Temple went 67-4-2 while being led by coaching legends like W.C. Gorden and Houston Markham.

Wooley did not play football until he was in eighth grade, and then only sparingly his first three years in high school. He was a backup quarterback as a freshman and sophomore, then broke his leg as a junior. When he finally ascended to the starting QB job he made the most of it.

In the 1970 season, Wooley threw for 1,784 yards and 28 touchdowns while leading Temple to a perfect 9-0 season. He had three 300-yard games, including a 305-yard, six-touchdown performance in a 56-6 win over Lanier. Wooley remains one of only two quarterbacks in Warren County history to throw six touchdown passes in one game — Vicksburg High’s Cameron Cooksey did it twice nearly 40 years later — and he said it should have been more.

“I threw nine touchdowns and they called three of them back,” he said.

The real highlight of the season, however, was the final game when Wooley and the Buccaneers took on New Orleans power St. Augustine in the Red Carpet Bowl.

It was a landmark game on a number of fronts. It was the first time two black schools had played in the game, and Temple’s 7-0 victory in front of a sold out crowd at Memorial Stadium confirmed its status as a dominant power in the region and not just Mississippi.

It was also the end of an era. Temple’s 39th consecutive game without a loss was the last it ever played. The school closed at the end of the 1970-71 school year as Vicksburg’s public schools were integrated.

Wooley said he and his teammates had a feeling it might be Temple’s final season, but they were more focused on playing and winning.

“To the community and players it wasn’t a big deal because we had confidence we could play with anybody. It was a big deal to other people,” Wooley said. “It was big for my school because we got a chance to prove we were worthy.”

Although he’d shown he could play quarterback at a high level, Wooley said his college options were limited by the era.

“A lot of people thought I would go to Grambling or Jackson State, and I visited some other places. I probably could’ve gone to some white schools, but in 1969 and 1970 they weren’t picking black quarterbacks. They wanted you to play other positions,” Wooley said.

A recruiting pitch from Alcorn that “snowed over” Wooley, as well as family ties to the school, lured him to Lorman and he continued to excel. In four seasons he threw for 3,410 yards — the second-highest career total in school history to that point — and 24 touchdowns.

Wooley was inducted into Alcorn’s A-Club Hall of Fame in 2002.

Wooley did not play another game after college, but did embark on a nearly 40-year coaching career that ended earlier this decade. His stops included 10 years as an assistant at Vicksburg High, a stint as a college assistant at Prairie View A&M, and a handful of stops at several Texas high schools.

Wooley settled in Texas and now lives near Houston, but said he’s excited to come back for what should be a special night for the Hall of Fame ceremony.

“I’ve been away from Vicksburg for 30 years, but I still like to get back there and visit now and then,” Wooley said. “I’m happy to come home for this honor. I’m excited about it.”