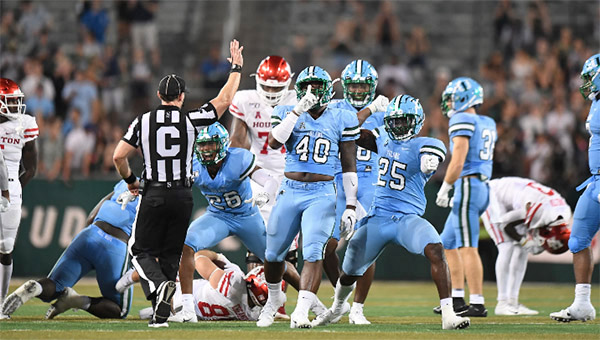 A weekly recap of the performances of college football and NFL players from Vicksburg-area high schools:

• Southern Miss running back DeMichael Harris (St. Aloysius) had 84 total yards — 34 rushing and 50 receiving — and caught a 4-yard touchdown pass in a 49-7 loss to No. 2 Alabama. Harris had eight rushing attempts and three receptions.

• Tulane linebacker Nick Anderson (Vicksburg High) had three tackles, including one sack, in a 38-31 win over Houston.

• Tennessee Titans cornerback Malcolm Butler (Vicksburg High) had five tackles and one pass defense in a 20-7 loss to the Jacksonville Jaguars.