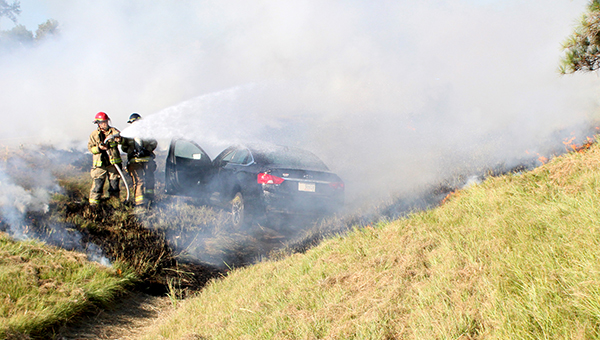 At least one person was injured in a two-car wreck Friday afternoon in the eastbound lane of Interstate 20 near the Indiana Avenue entrance.

A Chevrolet Impala and a Ford F-150 collided, with the Impala running off the shoulder of the road and the pickup going up the embankment and overturning.

The crash caused a fire in the Impala, which ignited a grass fire that spread for several yards along the highway. One person was taken by ambulance to Merit Health River Region and two other people involved in the wreck refused treatment.