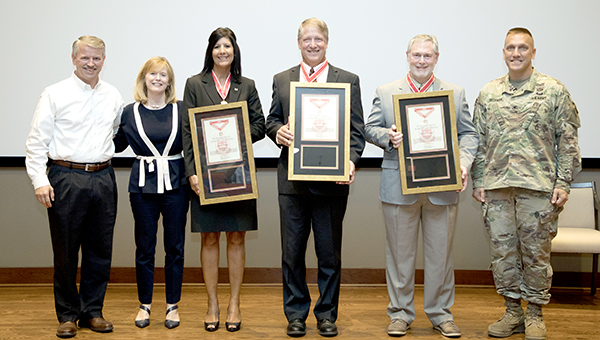 The U.S. Army Engineer Research and Development Center awarded three of its senior staff members Bronze de Fleury Medals in a ceremony held at the ERDC Headquarters in Vicksburg in early September.

“It has been an honor working with each one of you,” Beckman said.

As described by the Army Engineer Association, the de Fleury Medal honors and recognizes those individuals who have provided significant contributions to Army Engineering. It is the highest award for professional excellence in the Engineer Regiment. There are four orders of the medal — Gold, Silver, Bronze and Steel. The medal emphasizes the history, customs and traditions of the Corps of Engineers community.

McDevitt began his career with ERDC in 1983 as a research structural engineer in the Geotechnical and Structures Laboratory. He became deputy to the commander in October 2014 and serves as the chief operations officer for ERDC providing strategic oversight, management and policy direction to the center’s Installation Operations Command.

“The Corps of Engineers has provided me with a tremendous opportunity to support our Nation’s warfighters through the research that I have been able to conduct,” McDevitt said. “I am truly honored to have received the de Fleury Medal from the U.S. Army Engineer Association and for their recognition of the contributions that I have been able to make to the Engineer Regiment.

“I also wish to thank Col. Beckman for submitting me for this Medal and for his support to my career.”

As chief of ERDC’s Installation Support Division, Channell oversees a diverse staff and is responsible for the operation and maintenance of ERDC’s infrastructure and real property assets.

He began his career at the ERDC as a research environmental engineer with the center’s Environmental Laboratory.

“Receiving the de Fleury award that recognizes my tenure at ERDC is a humbling experience,” he said. “I have had the good fortune to work with very talented people who enabled me to be successful in my research work and my current position as the Chief of the Installation Support Division. Without the great people at ERDC, I would not have been able to be successful in my job.”

Hudson became director of the ERDC’s Business Support Division and Resource Management in 2017. She is responsible for the planning, coordination and supervision of all matters pertaining to resource management to include ERDC’s operating budget, programs and reimbursables, manpower and management analysis, and finance and accounting activities.

“It is truly an honor to be a recipient of the Bronze de Fleury award,” she said. “ERDC is such an exceptional place to work, and being honored alongside ERDC standouts, Hank McDevitt and Mike Channell made this honor much more special.

“As the director of the Business Support Division and Resource Management, it has been a privilege to serve alongside some of the most talented financial professionals in USACE. To be part of such an innovative and diverse team is truly what makes receiving the de Fleury award so special.”

Dr. David Pittman, director of the ERDC congratulated the three saying he’s very proud of each of them. 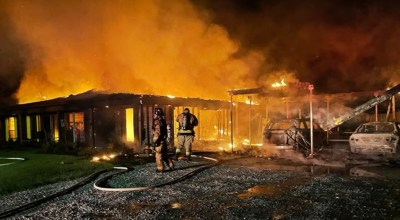