One killed in afternoon wreck on Hwy. 27 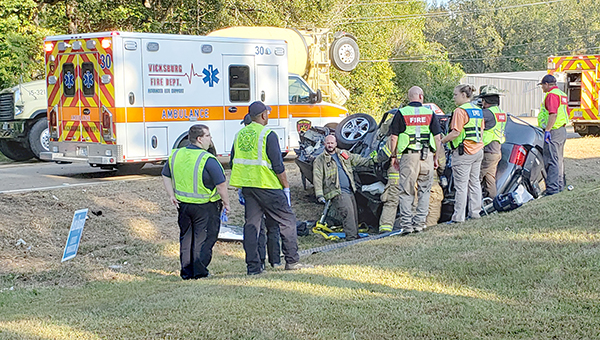 A Warren County man was killed Wednesday afternoon when his SUV collided with an 18-wheeler on Mississippi 27 shortly before 5 p.m.

According to Mississippi Highway Patrol, preliminary reports indicate a northbound Honda Pilot attempted to pass a northbound Honda Accord when the driver of the Pilot, Kilburn, lost control and collided head-on into the 18-wheeler.

The drivers of the Accord and 18-wheeler were not injured.

The accident occurred near one of the entrances of Paxton Road near Jerry’s Furniture.

The highway in the area of the accident was closed, with southbound traffic being diverted around the area. Northbound traffic was stopped completely.