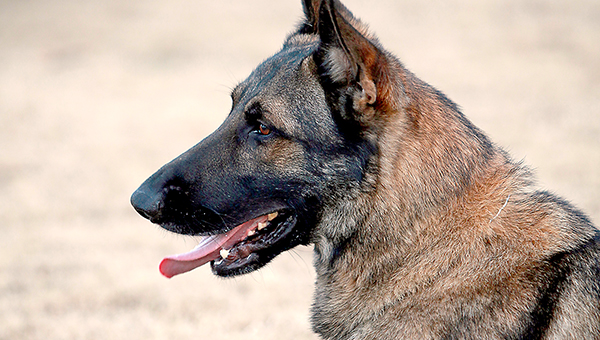 Thor, an 8-year-old German Shepherd, reportedly died from issues related to being left in a hot police vehicle for less than 30 minutes. When found by his handler, Officer Donnie Heggins, Thor was in distress and taken quickly to a veterinarian. Thor died later that night.

According to the department, Thor had remained in the vehicle at the time Heggins parked it at the police department on Veto Street. At some point, the car unexpectedly shut off, turning off the air conditioner as well.

Thor’s death forced a number of changes in department policy involving the handling of K-9 officers and the vehicles in which they travel. K-9 officers are no longer allowed to travel in vehicles that do not have a sensor and alarm to notify handlers and other personnel of a vehicle unexpectedly shutting down.

Thor had been a member of the Vicksburg Police Department since 2012, and had been trained in criminal apprehension and cross-trained in narcotics detection. Thor, according to the department release, is credited with more than 60 felony arrests, apprehensions and drug arrests.