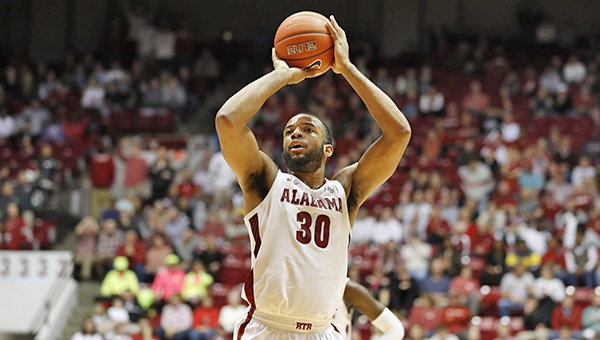 Alabama center Galin Smith, a former Clinton High School star, announced Tuesday that he is transferring to Maryland for his senior season. (University of Alabama Athletics)

COLLEGE PARK, Md. (AP) — The Maryland men’s basketball team has signed forward Galin Smith, who appeared in 94 games over the past three seasons at Alabama.

The 6-foot-9 Smith has one year of eligibility remaining, effective immediately.

Smith played high school basketball at Clinton High School in Mississippi, where he was twice named to the All-State team and played in the 2017 Mississippi-Alabama All-Star Game.

“Maryland fans can expect to see hunger, passion and effort from me every time I step foot on the court,” Smith said in a statement.

He can help fill the void left by the departure of forward Jalen Smith, who passed up his final two years of eligibility to enter the NBA draft.

“Galin is exactly what we were looking for in a veteran 5-man with great strength and size,” Maryland coach Mark Turgeon said. “He is an experienced post player who will help us right away. He can score and defend effectively in the low post and has the ability to get out on the break.”

MHSAA votes to make athletic physicals valid through May 31, 2021

The Mississippi High School Activities Association voted on Monday to extend the validity of athletic physicals for another year, clearing... read more