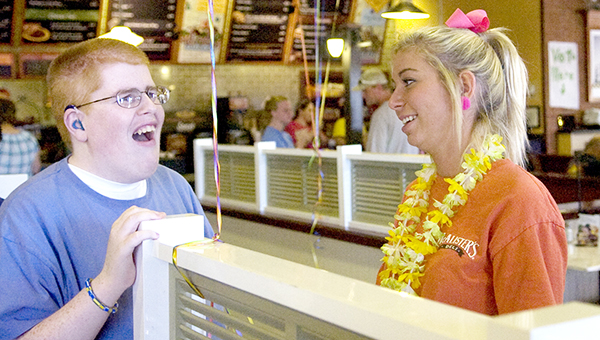 The city of Vicksburg honored a special man Monday during the Board of Mayor and Aldermen meeting.

In a resolution approved by the board, George Wilson “Will” Conway, was named honorary mayor of Vicksburg posthumously following his death Friday. He was 32.

Will also worked at McAlister’s Deli as a greeter.

According to the city’s resolution, Will enjoyed going to the YMCA, visiting friends and “took great joy in therapeutic horseback riding with Leigh Ann Nosser, fishing with Greg Hayes and riding shotgun with Deputy Sheriff Ford Emery.”

“Will touched the life of every person he encountered and, having never met a stranger, served as an ambassador for Vicksburg and will forever be remembered for his gentle spirit, sincere kindness and eternal positivity,” the resolution read.

What was earlier in the day a stately, two-story home on one of Vicksburg’s most scenic streets, is now nearly... read more