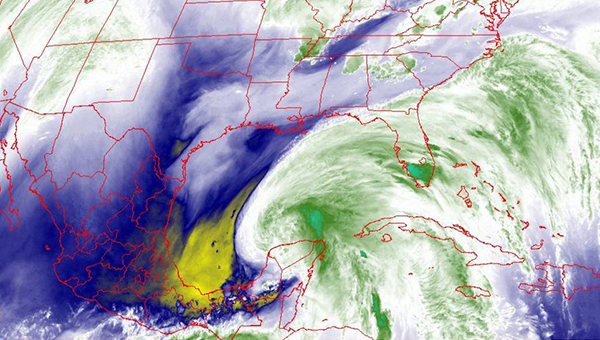 “You’re looking at the potential for some heavy rainfall Monday into Tuesday; that will be your main concern,” he said. “There could be some gusty winds.”

He said residents can expect wind speeds of between 15 to 30 mph.

Warren County Emergency Management Director John Elfer said between 2 to 4 inches of rain are expected in the area between Monday and Tuesday as the storm makes its way across the county. There is also a slight risk for tornadoes during the storm.

“We want people to be weather aware and have more than one way of getting warnings and have enough supplies to last 72 hours,” he said. “They need to get their prescriptions filled, have batteries and money and a way to charge their cellphones if the power goes out.”

He said people also need to be aware of COVID-19 precautions in case they move from their homes to another location to wait out the storm.

On a day last June, Darrell Flaggs, an assistant fire chief with the Vicksburg Fire Department, finished his shift at... read more