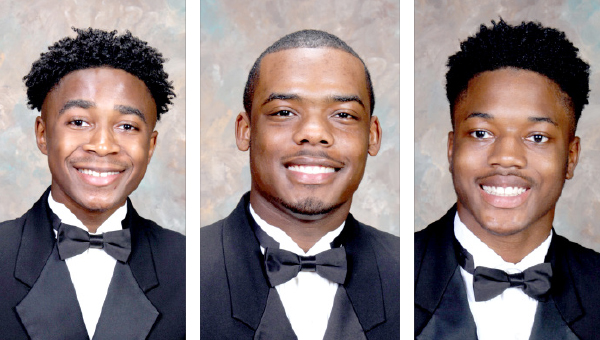 Nathan Mosley, Michael Scott and Tyrique Willis, all graduates of Warren Central High School are this year’s recipients of the Frank Crump Jr. Next Generation scholarship. Coincidentally, all three plan to attend Mississippi State University in the fall.

Nathan Mosley, class valedictorian graduating with a 4.0 GPA, received the top award of $1,000. He plans to major in biomedical engineering with an emphasis in pre-med. Aside from his academic and career ambitions, Nathan’s ultimate goal is to help and inspire others. “Because so many people invested their time, energy, and money into making me the person I am today, I plan to do the same,” Mosely said. “I have been blessed with so much, and the least I can do is pay it forward.”

Michael Scott has chosen to major in biological science. After graduating from Mississippi State, Scott plans to attend medical school to become an opthalmologist. He looks forward to one day establishing a practice to serve the Vicksburg community. “Receiving the Frank Crump, Jr. Next Generation scholarship means that I get a chance to help other students through mentorship,” Scott said.

Part of the scholarship includes mentoring as a way for students to pay it forward. Award recipients commit to mentoring seniors in the 2021 graduating class at their respective schools to help them navigate the college admissions process.

As the first young man in his family to graduate from high school and attend college, Willis said “I have always aspired to lead the way for the future generations of my family and be a role model for anyone else who might look up to me.” He plans to major in biochemistry and pursue a career in chemical engineering.

Scholarships are awarded to students pursuing STEM-related studies and who demonstrate academic excellence, leadership and service to the community.