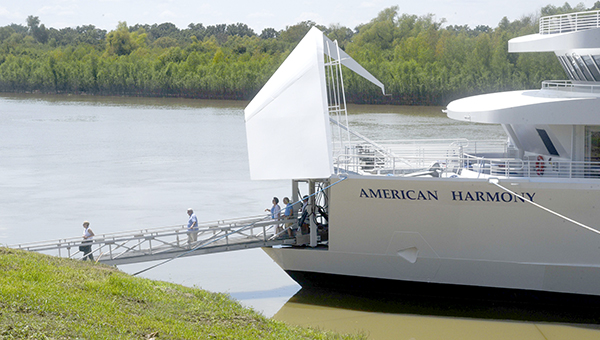 In late May, American Cruise Lines announced it would resume cruises along the Mississippi River in June, with the American Harmony making a stop in Vicksburg on June 28.

The company this week announced those cruises would be further delayed, as the company works to return to cruising following a shutdown of the cruising industry during the COVID-19 pandemic.

According to Laura Beth Strickland, Executive Director of the Vicksburg Convention and Visitors Bureau, they were notified by the company that it would now resume operations on July 11, with the American Harmony scheduled to arrive in Vicksburg on July 13.

The other company that operates cruises along the Mississippi River, American Queen Steamboat Company, has also delayed their return to the river, announcing the American Duchess will resume operations on July 20.

In 2019, Vicksburg welcomed 26,158 visitors by way of the riverboat cruises, which accounted for a $2.26 million in economic impact on the local economy.

And before the pandemic forced the shutdown of the cruise industry, Vicksburg was set for a record year when it came to riverboat traffic. In 2018, the city saw 118 total dockings with 131 in 2019. In 2020, the Vicksburg Convention and Visitors Bureau was expecting 181 visits from riverboats.

The Board of Mayor and Aldermen has approved a right of way dedication to build a road off of Halls... read more