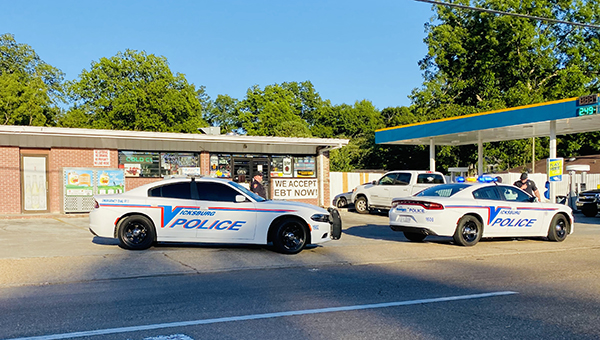 Vicksburg Police respond to JPK Food Mart on Halls Ferry, where Gary Hardy was reportedly in an altercation with another man before he died in a one-vehicle crash on Ken Karyle Avenue Thursday evening. (Tim Reeves/The Vicksburg Post)

What had first thought to have been a fatal car crash on Ken Karyl Avenue appears to be far more complicated.

The Vicksburg Police Department announced late Thursday evening it was conducting an investigation into the death of Gary Hardy, 44, of Vicksburg, who was pronounced dead at the scene of the one-vehicle crash that occurred just before 5:30 p.m.

Officials said Hardy had sustained injuries a few moments before the crash in an altercation with another male in the parking lot of the JPK Food Mart on Halls Ferry Road.

Police have identified a person of interest in the case and the investigation is continuing.

In June 2015, Bertram Hayes-Davis, the great-great-grandson of Confederate States of America President Jefferson Davis and a man with deep... read more